Please ensure Javascript is enabled for purposes of website accessibility
Log In Help Join The Motley Fool
Free Article Join Over 1 Million Premium Members And Get More In-Depth Stock Guidance and Research
By Scott Levine – Jun 11, 2020 at 11:44AM

The carmaker may be cutting its battery-making costs thanks to a recent approval.

Tesla (TSLA -1.10%) reportedly has received approval to manufacture its Model 3 vehicles with lithium iron phosphate batteries (LFP). According to Reuters, a document posted on the website of the Ministry of Industry and Information Technology acknowledges the approval; however, it doesn't indicate the name of the battery maker.

One of the the allures of LFP batteries is that they don't use cobalt, an expensive component of other lithium batteries, the mining of which is oftentimes draws scrutiny from human rights organizations. In its recently released Impact Report, Tesla stated that its "batteries use nickel-rich cathode materials which contain less cobalt than other widely used cathode chemistries in the industry, with our ultimate goal being to eliminate cobalt completely from our cells." 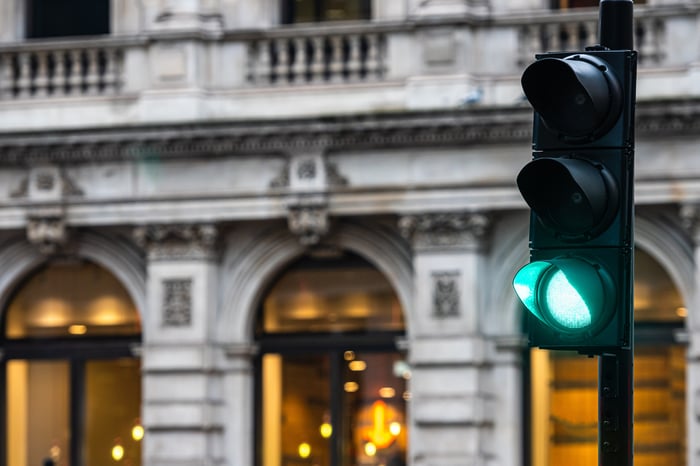 The positive news from China follows an auspicious report earlier this week regarding the company's increasing Model 3 sales. After experiencing a significant decline from 10,160 in March to 3,645 in April, Model 3 sales raced higher in May to 11,095.

For China, there is significant interest in increasing the adoption of alternative-fuel vehicles as a way to address the country's environmental problems, which partially stem from auto emissions. For example, the Chinese government has targeted 20% of vehicle sales to be new energy vehicles by 2025.