Please ensure Javascript is enabled for purposes of website accessibility
Log In Help Join The Motley Fool
Free Article Join Over 1 Million Premium Members And Get More In-Depth Stock Guidance and Research
By Anders Bylund – Jun 11, 2020 at 8:07AM

The toy maker isn't a slam-bunk buy today but you shouldn't lock in these low prices by selling your shares, either.

Leading toymaker Hasbro (HAS 2.17%) is trading 40% below its 52-week highs right now. Investors were unimpressed by Hasbro's first-quarter earnings report in April, and the COVID-19 crisis weighed heavily on the company's near-term business prospects.

I don't think that the company behind Transformers, My Little Pony, Monopoly, and Magic: The Gathering is a slam-dunk buy under these circumstances. The future of toys and games is too murky for that. But I do expect Hasbro to achieve a full recovery from the coronavirus selling stampede, and it would be a huge mistake to sell your Hasbro shares today. 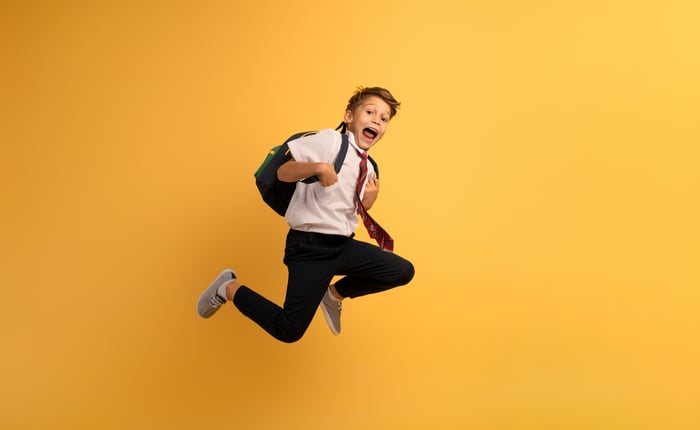 Hasbro's portfolio of household-name brands puts the company in a strong position to heal the coronavirus damage.

It's true that kids are using more digital entertainment options than they used to, and that Hasbro's target markets are changing as a direct result. At the same time, this company has shown an ability to adjust to changing markets. Collectible card game Magic: The Gathering, for example, is a popular growth driver for Hasbro's top line thanks to a combination of high-end physical card releases and online Magic tournaments. This game is a serious sport with professional players and organized leagues, both online and offline.

That's just one of many examples. Half a dozen movies are coming out next year, all tied to popular Hasbro brands. This spring, Trolls: World Tour caused quite a stir by breaking the traditional release windows and releasing to video-on-demand and digital download services on the same day as the theatrical release. Movie theater chains have taken a hard stance against that idea and threaten to shut out studio partner Universal Studios, owned by Comcast (CMCSA 2.08%) unless that company makes amends.

The point of it all is that Hasbro isn't afraid to try new ideas and ruffle some feathers in order to stay relevant in an ever-changing entertainment market.

If you want to sell Hasbro, don't do it at these low prices

Don't forget that Hasbro has $1.24 billion of cash equivalents on hand, plus $1.5 billion of unused revolving credit facilities. It would take a long period of negative cash flows to burn through that stockpile, giving Hasbro ample time to weave its way through the COVID-19 health crisis.

Hasbro is not going away. The stock might not look like a fantastic buy at 25 times trailing earnings and 4.2 times Hasbro's book value, but these multiples sit far below Hasbro's long-term averages. At worst, one could argue that the stock is fairly valued. At best, Hasbro investors could double their investment in a couple of years before settling in for a long and mostly steady run of solid value conservation and an effective dividend yield of 3.2%. That's not every investor's cup of tea, but it would be a terrible mistake to lock in these low share prices by selling your Hasbro stock right now.