Please ensure Javascript is enabled for purposes of website accessibility
Log In Help Join The Motley Fool
Free Article Join Over 1 Million Premium Members And Get More In-Depth Stock Guidance and Research
By Lawrence Rothman, CFA – Jun 11, 2020 at 11:51AM

While the pandemic was a big drag on the apparel company's first-quarter performance, it still has an uphill climb to overcome its long-standing issues.

Last month, Under Armour (UA 2.76%) (UAA 3.48%) reported weak first-quarter results, with GAAP revenue falling by 23% year over year from $1.2 billion to $930.2 million. While it would be tempting to blame the entire decline on COVID-19, management attributed only about two-thirds of the decline to the pandemic. While the coronavirus shutdowns and disruptions had a major impact, and Under Armour expected the impact of a reduction in sales through its off-price channel, revenue growth remained elusive.

Clearly, there is more going on with the company. In fact, it has deeper, longer-standing issues that have caused both classes of shares to slump about 75% from levels seen five years ago, even after a rally earlier this month that was driven by the gradual reopening of the economy and a better-than-expected May jobs report.

This makes it a good time to delve into Under Armour's issues and attempt to determine if the stock's recent upward swing has staying power. 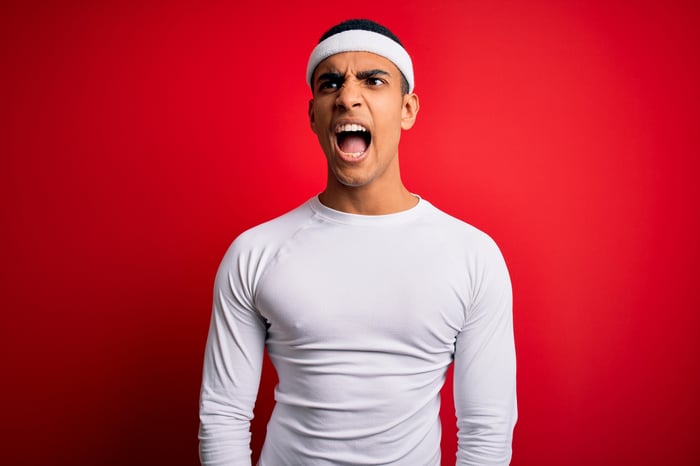 Kevin Plank founded Under Armour in 1996 with an innovative shirt made from a moisture-wicking fabric that transports the sweat away from athletes' bodies, keeping them dry and cool. It wasn't long before the company's product line expanded to include additional apparel items and headgear to keep athletes and active people warm or cool, depending on the weather conditions. The company also moved into other apparel areas like footwear and accessories.

Under Armour was successful for a long time, growing revenue to $4.8 billion in 2016. Then it began to feel the effects of intensifying competition from heavyweights like Nike; its top-line growth, which was 22% in 2016, slowed to the 3% to 4% range, and then slid to just 1% in 2019.

In November, Kevin Plank announced he was stepping aside as CEO to become executive chairman and chief brand officer, a decision he said was his own. The company promoted Patrik Frisk from COO to CEO, and he took the helm at the start of this year.

In his first quarter as CEO, revenue shrank even as the company increased its marketing spending by 15% to $154 million. Granted, COVID-19 wreaked havoc on apparel retailers generally. But, remember, out of the 23% revenue decline, only 15 percentage points were due to the pandemic. Management had previously expected reduced off-price sales to lower revenue by 5 percentage points, but the actual reduction was larger. The economic aftershocks from the pandemic are likely to persist even though governments are relaxing their stay-at-home and business-closure orders. That longer-term economic weakness will challenge Under Armour's efforts to grow revenue.

In February, management announced it was considering a restructuring plan to lower expenses, which the board of directors approved at the end of the first quarter. Management expects to reduce 2020's operating expenses by $350 million compared to its original outlook. The plan includes cuts to marketing spending, which makes sense given the retail environment. However, that will be a headwind to sales growth at a time when the company continues to face stiff competition.

In November, The Wall Street Journal reported that both the Securities and Exchange Commission and the Department of Justice were investigating Under Armour's accounting practices, specifically whether it was shifting sales into different periods to make its top-line growth look stronger.

Management stood by its accounting methods and maintained it is cooperating with investigators. Still, it is troubling that the company wasn't forthcoming regarding the investigations until the media reported on them. Potential investors should wait until the probe is complete, and it's clear where things stand.

Given Under Armour's well-heeled competition, its sluggish revenue, an uncertain economy, and the regulatory investigations, I would leave this apparel stock on the shelf.