After months of being closed, certain parts of the theme park have quietly opened their doors.

As the state of California begins to ease restrictions, companies that have been hungry for much-needed business are eagerly accepting new sanitary regulations and finally getting down to business.

Comcast's (CMCSA -2.04%) Universal Studios Hollywood theme park partially opened on Wednesday starting with CityWalk, a shopping and entertainment complex. The rest of the park remains closed for the time being.

One part at a time

NBCUniversal made the announcement on Wednesday that a portion of the CityWalk tenants would begin service that afternoon. The area will be open for business from 12 p.m. to 8 p.m. daily. 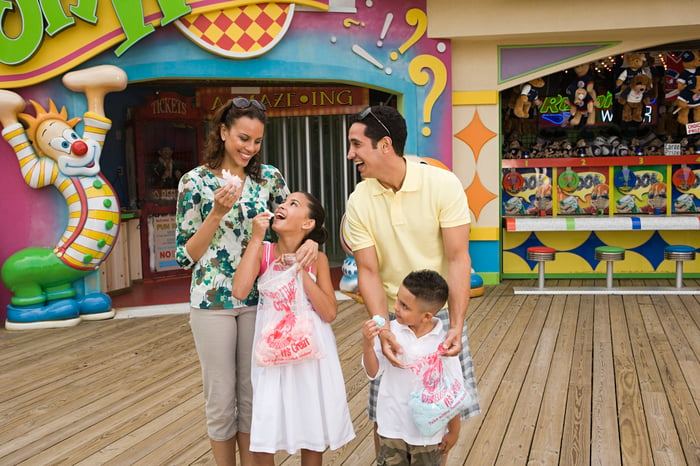 Universal Studios Florida also launched its CityWalk reopening prior to the main park rollout, followed by the entire theme park relaunch last week. According to one of the theme park unions, management is hoping to open the entire park by next month. All of the parks have been closed since the middle of March when government stay-at-home orders went into effect.

Walt Disney is also gearing up to reopen its theme parks, Walt Disney World in Orlando, Florida, on July 11 and Disneyland in Anaheim, California, on July 17.

To make it as attractive as possible and comply with government regulations, park management has implemented safety restrictions including wearing masks, monitoring temperature, and placing markers to show visitors how to stay safely apart. There is also limited capacity and stringent sanitizing protocols.

The question remains whether visitors will be coming. Are customers as eager to get out of their houses as businesses are to open and recoup lost revenue?