Please ensure Javascript is enabled for purposes of website accessibility
Log In Help Join The Motley Fool
Free Article Join Over 1 Million Premium Members And Get More In-Depth Stock Guidance and Research
By Danny Vena - Jun 11, 2020 at 8:02AM

The digital health management company is thriving while most investors are missing out.

Tucked away in the "undiscovered gems" corner of the stock market is a company that the vast majority of investors have never even heard of.

Livongo Health (LVGO) went public in July 2019, but its initial public offering (IPO) likely slipped under most investors' radar. In less than a year, the stock has returned a more than respectable 57%, compared to a 7% return for the S&P 500 -- and that could just be the beginning.

While there have been a number of flashier debuts over the ensuing year, Livongo remains one of the most enigmatic companies to join the public markets and its unique approach to digital health management could make investors a small fortune in the years to come.

Let's look at the market opportunity, what Livongo does, and why investors should care. 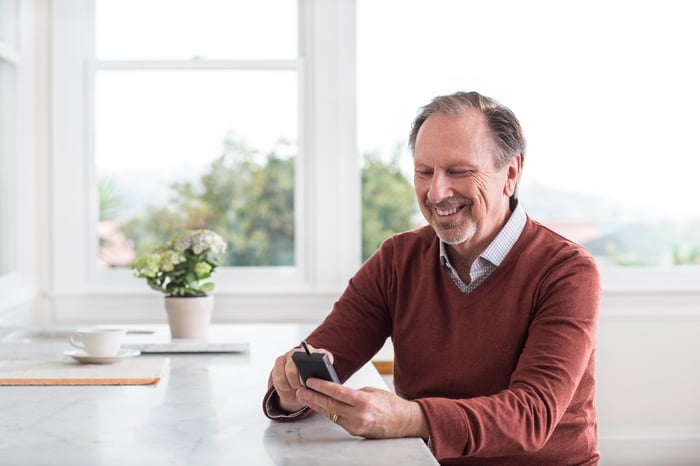 Aging baby boomers -- those born between 1946 and 1964 -- had long been the largest living adult generation, until that title was wrested from them by millennials in 2019. Still, at more than 73 million strong in the U.S., these older adults represent about 22% of the population.

Baby boomers have already begun the transition into retirement, beginning what some have dubbed "the silver tsunami," and by 2030 the entire generation will have reached the age of 65. This also means that one of the largest cohorts of the U.S. population will bring with them a host of chronic conditions that will need to be managed.

Livongo reports that there are 147 million Americans that live with at least one chronic condition, while 40% deal with more than one -- and it isn't just among the elderly population. Diabetes, to cite just one example, can be managed with proper diet and exercise, but to put it bluntly -- self-management is hard. Meanwhile, managing these chronic conditions costs the healthcare system hundreds of billions of dollars each year.

That's where Livongo comes in. The company developed its Applied Health Signals platform that uses smart, connected devices to collect and aggregate information and apply artificial intelligence and other sophisticated algorithms to analyze the data. The system then uses the resulting conclusions to provide patients with feedback, coaching, and actionable insights, helping people to better manage their own health. Livongo's connected technology includes remote monitoring that helps patients track important health metrics in order to better maintain their health.

While the company initially focused on diabetes management, it has successfully expanded into other areas, including hypertension, weight management, diabetes prevention, and behavioral health -- including depression. This unique approach helps improve care, saves money, and puts patients in charge of their chronic conditions. 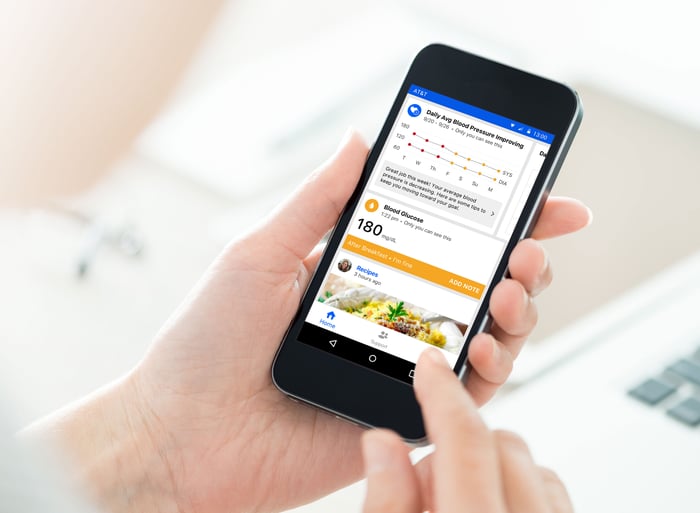 Because Livongo's solution improves the quality of life of its users and saves money for the health systems that employ it, the company is experiencing rapid adoption. During the first quarter, Livongo added 380 new clients, up 44% year over year, bringing the total to 1,252. At the same time, the company ended the quarter with 328,000 Livongo for Diabetes members, up about 100%.

This strong adoption has energized the company's already healthy financial results. Revenue of $68.8 million increased 115% year over year, while net losses improved dramatically to a loss per share of $0.06, from a loss per share of $0.79 in the prior year quarter. The estimated value of agreements grew to $89 million, up 85%, and about 35% of those contracts are expected to translate into revenue during the coming 12 months.

Existing clients that originally signed on for the company's diabetes management tool have been so impressed with the results, they're now signing up for additional solutions, with about 20% of Livongo's client base now opting for multiple solutions for their patients.

Livongo raised its full-year guidance in light of the strong results in the first quarter, and now expects revenue in a range of $290 million to $303 million, which represents year-over-year growth of about 74% at the midpoint of its guidance.

Given that Livongo's solutions tap into a large demographic, help improve the quality of life for those managing chronic conditions, and simultaneously reduce costs for healthcare providers, it's the very definition of a win-win. Additionally, the company's robust growth should be appealing to a broad cross-section of investors.

This approach and the associated technology looks like a game-changer, which is why I don't understand why no one is talking Livongo Health.