Please ensure Javascript is enabled for purposes of website accessibility
Log In Help Join The Motley Fool
Free Article Join Over 1 Million Premium Members And Get More In-Depth Stock Guidance and Research
By Donna Fuscaldo – Jun 12, 2020 at 10:30AM

UK's Competition and Markets Authority wants Facebook and Giphy to stop integrating until it finishes its inquiry.

Facebook's (META -1.69%) acquisition of Giphy, the platform that lets you animate pictures, is being reviewed by the UK's Competition and Markets Authority.

In a press release, the CMA said it's investigating whether the acquisition will lessen competition in the country. The CMA is inviting public comments on the transaction until July 3. 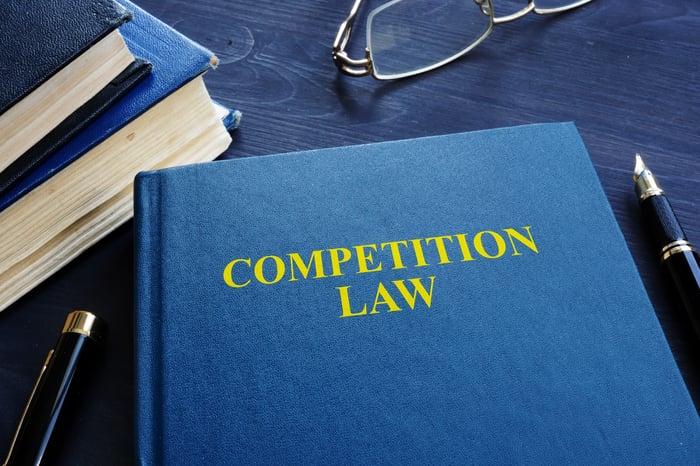 The UK watchdog also issued an initial enforcement order, saying it wants no action on the deal until its final determination on whether or not it will harm competition. That means Facebook and Giphy can not move forward integrating the businesses, both companies have to operate separately, and no substantive changes can be made to the organizational structure of both companies. CMA also warned Facebook and Giphy can't share technology and if they ignore the order they could face fines.

"The CMA is considering, pursuant to section 22 of the Act, whether it is or may be the case that a relevant merger situation has been created and whether the creation of that situation has resulted or may be expected to result in a substantial lessening of competition in any market or markets in the United Kingdom," wrote CMA.

While Facebook and Giphy aren't based in the UK, CMA has the authority to investigate deals if the business will have 25% of the market share once they are combined, noted CNBC. Last month the tech stock announced it was acquiring Giphy for what media reports pegged at $400 million. Giphy will be mainly integrated into Instagram  The two had discussed a partnership, but with Facebook apps accounting for 50% of Giphy's traffic, they decided to ink a deal instead.