Please ensure Javascript is enabled for purposes of website accessibility
Log In Help Join The Motley Fool
Free Article Join Over 1 Million Premium Members And Get More In-Depth Stock Guidance and Research
By Rhian Hunt – Jun 12, 2020 at 11:50AM

Preliminary results indicate Hestia and Permit’s choices will join the board.

It appears GameStop (GME -1.97%) failed to make its case to investors during a proxy fight with activist hedge funds Hestia Capital Partners and Permit Capital Enterprise Fund. According to preliminary voting results, both hedge funds' nominees have been elected to GameStop's board.

Both sides had previously presented their cases to stockholders in several no-holds-barred letters that questioned the opposition's competence and motives. The activist investors condemned GameStop's current leadership, stating the company's board candidates are "two long tenured directors with largely irrelevant skillsets, no meaningful ownership and a track record of destroying over $2.5 billion in stockholder value." GameStop struck back, alleging Hestia's candidate Kurtis Wolf is completely unqualified and that "a vote for the Dissident Stockholders is a vote for Mr. Wolf's pocketbook at the expense of ALL stockholders." 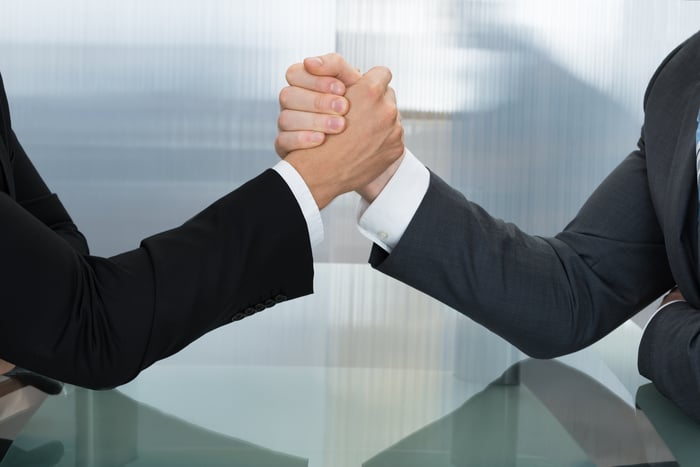 Ultimately, stockholders voted Kurtis Wolf and Paul Evans onto the GameStop board. Kurtis Wolf, founder of Hestia Capital Partners, said in a statement that he and Evans are "excited to work with our fellow Directors to address stockholder concerns by reducing corporate costs, improving capital allocation, fixing corporate governance issues, and better aligning compensation."

He added that the pair is "optimistic" in the newly reconfigured board's ability to "unlock GameStop's significant latent value."

GameStop recently launched a turnaround plan, though the plan's future is now unknown given the upcoming board reshuffle. In its recent earnings report, the company reported an adjusted first-quarter 2020 net loss of $103.9 million, though e-commerce sales jumped by an explosive 519% during the same period.