Please ensure Javascript is enabled for purposes of website accessibility
Log In Help Join The Motley Fool
Free Article Join Over 1 Million Premium Members And Get More In-Depth Stock Guidance and Research
By Anders Bylund – Updated Jun 12, 2020 at 11:20AM

The next-generation game console will launch in two versions, with and without Blu-ray disc drives. 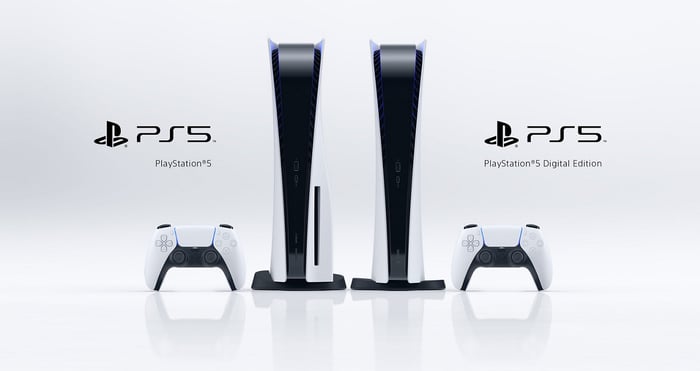 The PS5 will launch in two variants. The standard version comes with a built-in 4K Blu-ray disc drive and the Digital Edition leaves the physical media functionality behind. In return, the Digital Edition console sports a slimmer profile "that's bold, stunning, and unlike any previous generation of PlayStation," according to Sony's press materials.

In all fairness, Microsoft (MSFT 3.37%) launched a console without an optical disc drive in the spring of 2019. This will be the first example of all-digital consoles from Sony, though.

Both console versions come with a couple of USB ports on the front, including one classic Type-A and one updated Type-C plug. Sony didn't make any effort to explain what gamers might want to plug into these ports, and the company also left two anonymous-looking slots on the front unexplained. Either way, the system design is striking in comparison to the boxier PlayStation 4 and Xbox One systems.

Sony declined to put a price tag on any version of the PS5 system, and the precise release date remains up in the air.

The launch event didn't add much technical information, but the system unveiling was accompanied by many PS5-exclusive game announcements. Launch titles will include car racing game Gran Turismo 7, superhero saga Spider-Man: Miles Morales, and horror thriller Resident Evil Village. Gamers did get a clearer view of the physical design of the new console and the slate of launch-date game titles.