Morgan Stanley and Goldman Sach take an axe to their investment ratings as Tesla's stock nears $1,000 a share.

Tesla (TSLA 0.25%) got its investment rating downgraded by two influential Wall Street firms Friday, with both citing valuation for the moves.

Earlier Friday Morgan Stanley and Goldman Sachs reduced their investment ratings, saying in research reports covered by the media that with shares nearing $1,000, it's just too pricey. 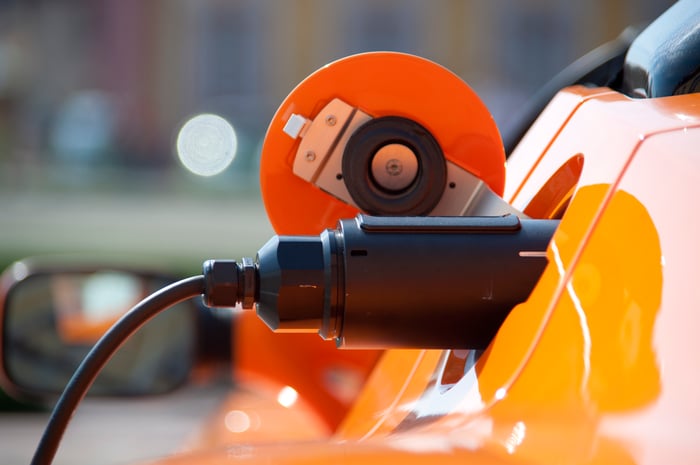 Morgan Stanley reduced its rating on the tech stock to underweight from equal weight and cut the price target to $650 from $680. With shares trading at around $940, the Wall Street firm thinks Tesla's stock could decline more than 30%.

Morgan Stanley analyst Adam Jonas expressed concern that investors are overlooking risk factors as shares surge to all-time highs. The analyst pointed to relations between the U.S. and China as a big risk for Tesla's story and thus it's stock.

"We believe any potential deterioration of relations with China could disproportionately impact Tesla vs. other stocks within our coverage," wrote the analyst in the note, reported TheStreet.com. The analyst did give Tesla credit for driving the electric vehicle market, but he doesn't think the stock should trade so high. After all, automakers including Ford and General Motors (GM -1.24%) have increased their investments in electric vehicles as well.

Meanwhile, Goldman Sachs, which raised its view of global vehicle sales this year, slashed its rating on Tesla to neutral from buy. The move was due to shares of Tesla surpassing its previous price target of $925, reported MarketWatch. Goldman upped that target to $950 on Friday. The Wall Street firm pointed to pricing reductions on its Model 3, S, and X as one negative to the Tesla story. Goldman Sachs did raise its rating on GM to buy from neutral.