Please ensure Javascript is enabled for purposes of website accessibility
Log In Help Join The Motley Fool
Free Article Join Over 1 Million Premium Members And Get More In-Depth Stock Guidance and Research
By Keith Speights – Jun 14, 2020 at 7:14AM

Investors who jumped aboard early on have made a fortune with the marijuana stock. But just how big of a fortune? If you'd invested $5,000 in Canopy Growth's initial public offering (IPO), here's how much you'd have now. 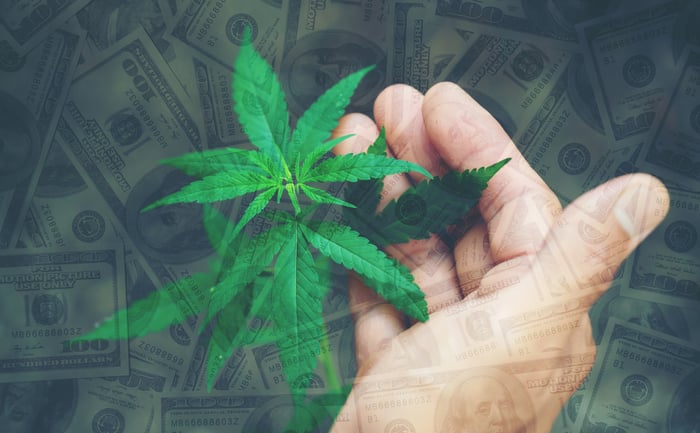 Technically speaking, Canopy Growth didn't begin trading publicly through an IPO. The company, then known as Tweed, first listed its shares on April 4, 2014, on the TSX Venture Exchange through a reverse takeover of a capital pool company. But it's convenient to view that date as Canopy's de facto IPO.

An initial investment of US$5,000 right before Canopy began trading publicly would have been able to purchase 6,448 shares. That same amount invested at the opening of trading wouldn't have gone nearly as far, scooping up 1,191 shares.

Fast forward to today. Your initial investment of US$5,000 would have turned into well over $106,000 if you had bought shares of the capital pool company right before Canopy's reverse takeover and held on. If you had waited until the next day to buy and hold, you'd now have around $19,650. Timing is everything, right?

There is one other scenario to consider, though. Canopy Growth listed its shares on the New York Stock Exchange on May 24, 2018. An investment of US$5,000 at the opening price of US$30.85 would have netted you 162 shares. If you had held onto those shares, you'd have lost nearly half of your initial investment.

Behind Canopy's rise (and fall)

Over the four years following its listing on the TSX Venture Exchange in 2014, Canopy Growth enjoyed a remarkable run. The stock skyrocketed close to 1,000%.

The company's early gains were driven by Canopy's success in the Canadian medical cannabis market. However, the stock really began to kick into high gear in the second half of 2017, fueled by investors' anticipation of Canada's national legalization of adult-use recreational marijuana.

Canadian marijuana stocks were sizzling hot. Canopy Growth quickly became one of the hottest in the industry after adult beverage giant Constellation Brands (STZ 1.23%) made a big investment.

Investors were drooling over how big the recreational pot market would be. And they were looking at the prospects for Canopy and its peers to expand into international markets as other countries moved toward the legalization of medical cannabis.

As often happens, reality didn't quite meet up to the early hype. There were some hiccups and speed bumps with the launch of the recreational market in Canada. Cannabis companies, including Canopy, spent a lot more money than they were making. By mid-2019, it was obvious that most Canadian cannabis producers would take longer to reach profitability than expected.

Canopy Growth founder Bruce Linton was booted out as CEO. Constellation Brands took a firmer hand in controlling the company after its losses mounted, ultimately naming its CFO, David Klein as Canopy's new CEO. Klein's mission was to implement much-needed fiscal discipline and get the company on a path to profitability.

There's a more important question that investors should ask than how much they might have made by investing early on in Canopy Growth. That question is: How much could you make by buying the stock now and holding for the long term?

The global cannabis market will almost certainly grow significantly over the next decade and beyond. However, the most important cannabis opportunity is in the U.S. Until Canopy can legally enter the U.S. cannabis market, it's growth prospects will be relatively limited.

Canopy's relationship with Constellation Brands gives it a key advantage, though. And the Canadian recreational marijuana market continues to grow with the recent launch of cannabis derivatives products. While there's no way to know for sure what an investment in Canopy now will become down the road, it's quite possible that the stock will deliver solid returns to patient investors.