The company reported May sales dropped 20%, partly due to two fewer business days.

Two fewer business days versus the year ago period equated to a 9% impact, but the safety and industrial segment saw a decline of 17% despite continued strong demand for N95 respirators. Each of the company's four segments experienced sales drops ranging from 11% in healthcare to 30% in transportation and electronics. 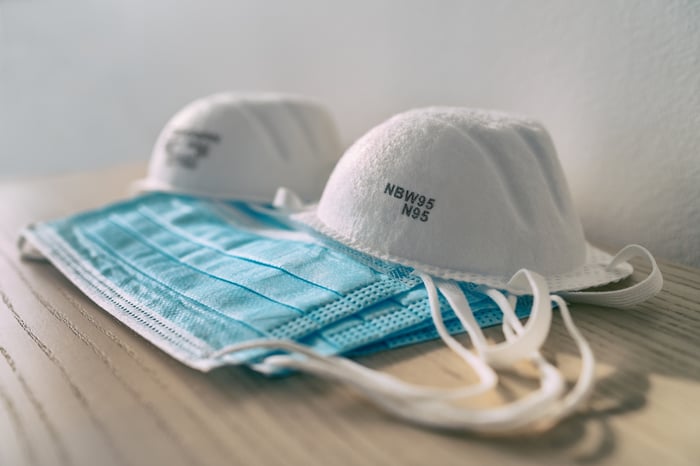 3M has been adding production capacity for N95 respirators since January due to surging global demand from the pandemic. Its output rate has doubled to 1.1 billion per year, and the company expects that to almost double again to an annual rate of 2 billion within 12 months. In April, 3M said it was supplying more than 1 million N95 respirators per day to the U.S. for healthcare workers.

In early April, President Trump invoked the Defense Production Act (DPA) to force 3M to keep domestic production in the U.S. The company argued that it was also a critical supplier to Canadian and Latin American healthcare workers in need of the product. An agreement was worked out to ensure an increase in supply for the U.S. while still being able to export some of the respirators.

The overall May sales declines were across the company's geographic footprint. Total sales declines included drops of 15% in the Asia Pacific region, 21% in the Americas, and 26% in EMEA (Europe, Middle East, and Africa).