Please ensure Javascript is enabled for purposes of website accessibility
Log In Help Join The Motley Fool
Free Article Join Over 1 Million Premium Members And Get More In-Depth Stock Guidance and Research
By Will Ebiefung – Updated Jun 16, 2020 at 11:12AM

Movie theaters are in trouble, and it's hard to see how things will get better any time soon.

A tightly packed movie theater is the last place most people want to be with a highly contagious disease spreading around the world. That's partly why shares of AMC Entertainment Holdings (AMC 9.08%) have performed poorly in recent months, sliding by around 22% year to date compared to a 3% decline in the S&P 500 (through midday Tuesday).

AMC's decline is still modest considering the massive near- and long-term challenges the company faces from a possible resurgence of the novel coronavirus, weak fundamentals, and competition from online streaming services like Netflix.

The market looks too optimistic about AMC. Here are three reasons to sell the stock before it drops even further. 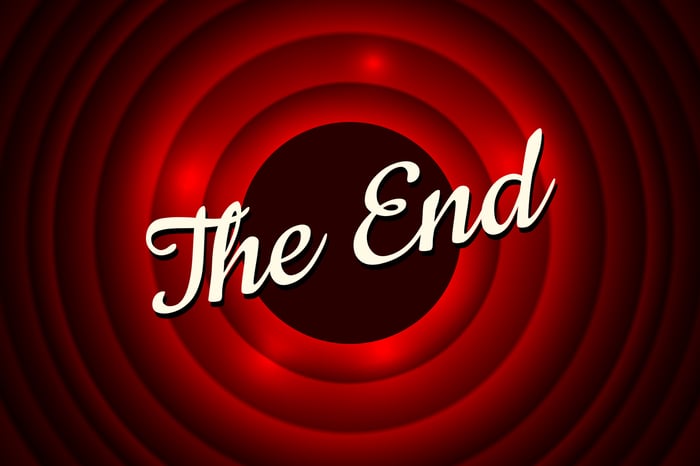 AMC Entertainment reported first-quarter earnings on June 9, and the results leave much to be desired. The company closed U.S theaters on March 17 (after closing some European theaters in February), and revenue fell 22% for the quarter, from $1.2 billion to $941.5 million. The company also reported a massive $1.85 billion non-cash impairment charge as it wrote down the value of its theaters and business reporting segments, expanding its net loss from $130.2 million to $2.18 billion year over year.

The good news is that management claims a level of success in managing its rent obligations going into the second quarter. AMC converted some of its fixed-price rents into percentage-of-revenue rents, which will help reduce its losses in a low-revenue environment. Still, the company will struggle to manage its operating expenses, which totaled $356.9 million in the quarter, compared to $237.8 million in rent costs.

Rent and operating expenses together totaled around 63% of first-quarter revenue. The company will probably experience significant cash burn in the second quarter despite attempts to stem the bleeding. That's because U.S. theaters have remained closed for almost the entire second quarter.

A possible resurgence of coronavirus

As the global economy reopens, AMC has begun restarting its own operations. The company has already reopened 10 theaters in Norway, Germany, Spain, and Portugal. And it expects to be fully open in July -- just in time for Christopher Nolan's spy film Tenet and the remake of Mulan, two much-anticipated releases.

The industry has a packed slate for the rest of the year, with titles including Wonder Woman 1984, The SpongeBob Movie: Sponge on the Run, and The King's Man. But a new wave of COVID-19 infections could put many of these movies on the back burner if studios don't believe enough people will show up -- or it could take them out of the theater altogether.

According to a May study from sports and events analytics firm Performance Research, 7 out of 10 people surveyed would rather see a new theatrical release at home than in a movie theater. Studios have a lot of leverage when it comes to how they release their movies, as demonstrated by Comcast's Universal Studios, which recently decided to release Trolls World Tour direct to home due to the pandemic. In response, AMC has refused to play any Universal movies going forward, although the two companies are in active dialogue.

The Trolls World Tour release looks like a bad omen for movie theaters. The pandemic is accelerating a negative trend that has been going on for almost two decades. At the same time movie theater attendance is plummeting, online video streaming is rising.

The total number of movie tickets sold peaked in 2002, at 1.58 billion. It has steadily declined to 1.24 billion in 2019. Thus far, 2020 has been a weak year, with just 436 million tickets sold by June. Meanwhile, video streaming is a super-growth industry projected to expand at a compound annual growth rate (CAGR) of 20.4% from 2020 to 2027. Streaming also held up well during the coronavirus lockdowns. Netflix, for example, added a whopping 15.8 million subscribers in Q1.

While the transition to on-demand video releases won't be quick, it should be a concern for consumer goods investors over the long term. The movie theater industry is in decline, and the pandemic may hasten its demise. AMC Entertainment will eventually need to reinvent itself, perhaps through original content that won't be available online. A potential buyout from an original content creator like Amazon would likely fit into both companies' strategic goals.