Please ensure Javascript is enabled for purposes of website accessibility
Log In Help Join The Motley Fool
Free Article Join Over 1 Million Premium Members And Get More In-Depth Stock Guidance and Research
By Rich Duprey - Jun 16, 2020 at 10:59AM

However, shares are trading near their 52-week highs.

Off-price retailer Big Lots (BIG 3.65%) announced it has completed the $725 million sale-leaseback transaction for four of its distribution centers and is ready to use a portion of the proceeds from the deal to finance the repurchase of its shares.

After expenses and taxes, the deal with Oak Street Real Estate Capital will leave Big Lots with net proceeds of $550 million. 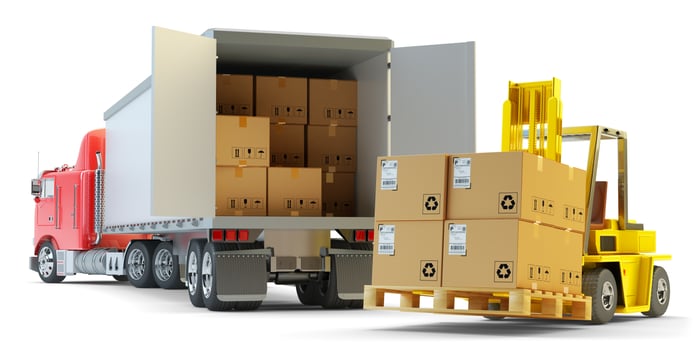 The discounter said that prior to closing it used $120 million of its cash on hand to pay down the entire balance on its revolving credit facility, so it was going to use a portion of the proceeds to give itself additional liquidity.

Big Lots also said it intends to fund new growth initiatives, but as markets settle and normalize, it also plans to use the money to buy back its stock.

When Big Lots announced the sale-leaseback deal in April, the retailer's shares had cratered from around $25 a share to below $15 and the stock was down nearly 50% over the preceding 12 months.

Today, though, after reporting strong earnings and seeing comparable store sales climb sharply as the value proposition of its off-price merchandising proved alluring to consumers, Big Lots stock trades at just under $35 a share and is up 20% for the past year.

Management has an incentive to return value to shareholders regardless as the retailer is being challenged by activist investors seeking to make changes at the company. They noted when Big Lots first announced the sale-leaseback deal that investors "should not look at this transaction as evidence that the board is now functioning well," and also said it was only because of the proxy fight that management even agreed to enter into the transaction.