Please ensure Javascript is enabled for purposes of website accessibility
Log In Help Join The Motley Fool
Free Article Join Over 1 Million Premium Members And Get More In-Depth Stock Guidance and Research
By Barbara Eisner Bayer – Jun 16, 2020 at 8:00AM

Learn the secret sauce to investing success from this multibillionaire.

Great investors are habitually giving advice to those who want to become successful in the stock market. These tips generally advocate saving lots of money, diversifying your portfolio, and not trying to time the market. But very few give the recipe for that secret sauce that makes them stand out above others -- except for Ray Dalio, the founder of the largest hedge fund in the world, Bridgewater Associates.

Dalio, who is currently worth $18 billion, grew up in a middle class neighborhood in New York. At 12 years of age, he saved his money from caddying and purchased his first stock for $5 a share. "I got lucky, because the company was about to go broke, but some other company acquired it and it tripled, and I thought the game was easy, and so that's what I got hooked on," Dalio said.

After earning a graduate degree from Harvard, Dalio started Bridgewater from his small apartment, and the rest is history. He forged his own path to success with some ideas that are unique from other billionaires. Here are four tips that you may not find on other successful investors' tips lists. 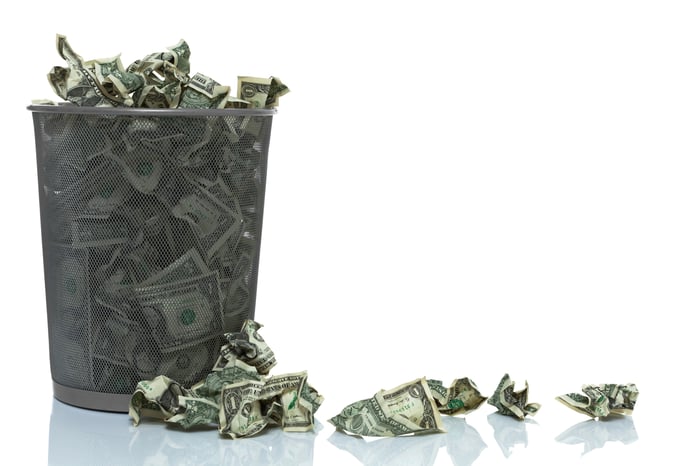 The Bridgewater Associates founder isn't a fan and doesn't find any value in holding money. "Cash is not going to be a good investment," he said, adding: "In relation to inflation, it'll probably lose 2% a year and maybe more."

So what should you do with your cash? The multibillionaire believes that if you have a diversified portfolio, you don't need the cash and won't miss out on market opportunities by being on the sidelines. "You need to diversify by holding assets that will do well in either a rising or a falling growth environment, or a rising or falling inflation environment, and [you] should diversify by holding international as well as domestic asset classes," he said.

2. All that glitters is good for your port

If you're looking for safety and cash isn't the answer, then what should you do? Dalio likes gold.

"I think you have to have a little bit of gold in your portfolio," he said. He believes it reduces risk and can help spiff up your returns as it's a safe investment for unsafe times.

3. Failure is a steppingstone to success

Have you ever looked at the chart of a successful stock? There are usually peaks and valleys -- it's rarely a straight line up to victory. Dalio believes it's essential to have courage through the down times in order to stick it out until the good ones return.

In a speech to graduates of the Academy of Achievement, Dalio gave the following sage advice:

What's the risk of failure? What, you'll be embarrassed? ... How do you distinguish failure from learning? ... If it's part of a 'You're failing and then you learn,' then that learning is part of the moving forward. So that is what the process is like. Fail, learn, move forward. 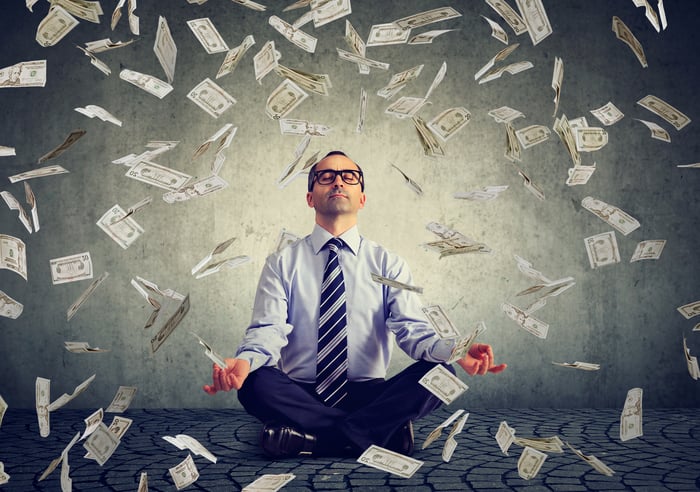 Finally, here's the one way Dalio differs from most (or maybe all) other billionaires: He meditates. "Transcendental Meditation (TM) has probably been the single most important reason for whatever success I've had," he said on Facebook.

In 1982, at the age of 33, the brilliant investor read the markets incorrectly and lost all his money. He had learned the relaxation technique in 1968, shortly after the Beatles made it famous. When he hit rock bottom, he leaned on TM for reflection and contemplation and to find a center of peacefulness from which he could rebuild his confidence and his business.

His daily meditation practice has helped him go from being broke to his current $18 billion net worth.

These tips may not turn you into a billionaire -- although it's possible -- but employing all or some of them can definitely be a boon to your investing career. At the very least, take this advice and meditate on it.