The addition of a new executive underscored just how much the biotech is on the move.

Shares of Novavax (NVAX -1.26%) were jumping 5.8% as of 3:13 p.m. EDT on Wednesday after rising as much as 11.9% earlier in the day. The biotech announced the hiring of two new senior executives:  Senior Vice President and Chief Medical Officer Filip Dubovsky and Senior Vice President, Investor Relations and Corporate Affairs Silvia Taylor. But the primary factor driving shares higher was more likely growing anticipation among investors that Novavax would achieve success with its COVID-19 vaccine candidate NVX-CoV2373 and flu vaccine candidate NanoFlu.

Biotech stocks typically don't move much because of new hires, except at the CEO level. It's not likely that either of Novavax's additions to its executive team served as a big catalyst today. However, the company's hiring of Filip Dubovsky does reinforce an underlying perception that Novavax is on its way to becoming a bigger player in the biopharmaceutical industry. 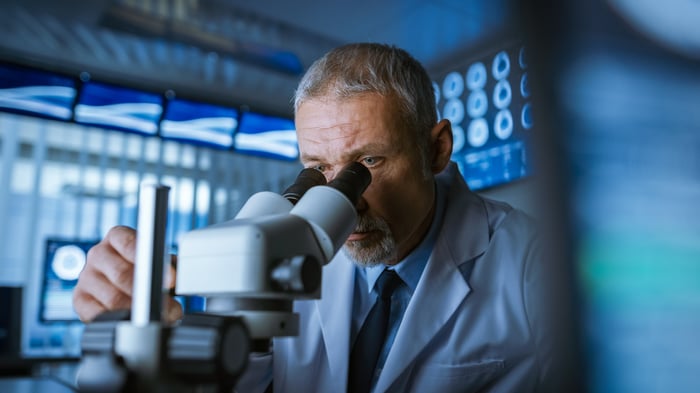 Novavax poached Dubovsky from AstraZeneca (AZN 0.09%), where he served as head of clinical engagement and policy and deputy chief medical officer for clinical affairs. He previously led the clinical development of infectious-disease and vaccine programs at the big drugmaker. Landing a scientist with Dubovsky's credentials was a nice win for Novavax.

The addition of Dubovsky, though, is just the latest of several developments in recent months that reflect Novavax's rising prospects. In particular, the company's COVID-19 vaccine candidate attracted a $388 million investment from the Coalition for Epidemic Preparedness Innovations (CEPI) and a $60 million contract with the U.S. Department of Defense.

There are two key things for investors to watch now with Novavax. The company expects to report results from its phase 1 clinical study of NVX-CoV2373 in July. If all goes well, it will advance the COVID-19 vaccine candidate into phase 2 testing. Novavax is also preparing to file for U.S. approval of NanoFlu but hasn't provided a specific date for when the filing is expected.