The development-stage drug developer is selling common stock to raise cash. It's a wise move.

Shares of IDEAYA Biosciences (NASDAQ:IDYA) fell as much as 22.7% today after the company announced the pricing of a public offering of common stock. The development-stage pharmaceutical company is offering up roughly 7.7 million shares of common stock at $15 apiece. If all shares are purchased, then the business could haul in gross proceeds of up to $115 million.

Although the stock is tumbling today, investors can't be too disappointed. IDEAYA Biosciences was able to drum up enough interest to price the public offering at $15 per share, which represents a 98% premium to the stock price at the beginning of the year. Recent developments have certainly helped. 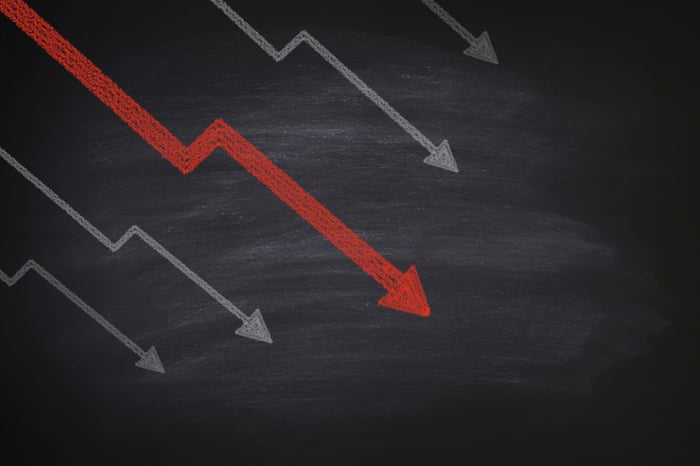 While only one pipeline asset has advanced into clinical trials, earlier this week the company inked a collaboration deal with GlaxoSmithKline (GSK 1.52%) for up to three synthetic lethality programs. IDEAYA Biosciences will receive an upfront cash payment of $100 million and $20 million from an equity investment. It can receive an additional $50 million cash payment if GlaxoSmithKline exercises its option for a specific synthetic lethality program.

In other words, today's public offering of common stock demonstrates that the development-stage drug developer is wisely taking advantage of a soaring stock price to pad its balance sheet and hit the ground running with its intriguing therapeutic approach.

Investors thought relatively little of IDEAYA Biosciences before the GlaxoSmithKline deal was announced. That's not too surprising given the lack of data and early stage nature of the pipeline, but the calculus has changed.

IDEAYA Biosciences ended March with roughly $87 million in cash. After factoring in the upfront payments from the GlaxoSmithKline collaboration and the proceeds from the public offering of common stock, the business should have well over $250 million in cash available as it begins the second half of 2020.

Cash will be consumed quickly as the pipeline matures, but considering the company sports a market valuation of only $300 million, the small-cap stock figures to be relatively resilient in the near term. Investors should at least keep it on their watch list.

Why DexCom Was Such a Healthy Stock Today