The French cosmetics giant wants to freshen up its line with some cleansing witch hazel.

Paris-based personal care titan L'Oreal Group (LRLCY 4.75%) continued its strategy of acquiring American cosmetics brands with today's announced deal to purchase Thayers Natural Remedies for an undisclosed sum. One of the biggest competitors to Estee Lauder (EL 2.62%), L'Oreal is apparently looking to strengthen its position in the natural skincare market that emerged from the contemporary "well-being" movement.

Both companies have a long history in the field of personal care products. L'Oreal is approximately a century old, while Thayers Natural Remedies was founded more than 170 years ago in Cambridge, Massachusetts, though it is now headquartered in Connecticut. Thayers has been in business continuously since 1847 and makes products based on witch hazel, expanding on the founder's original witch hazel facial toner. 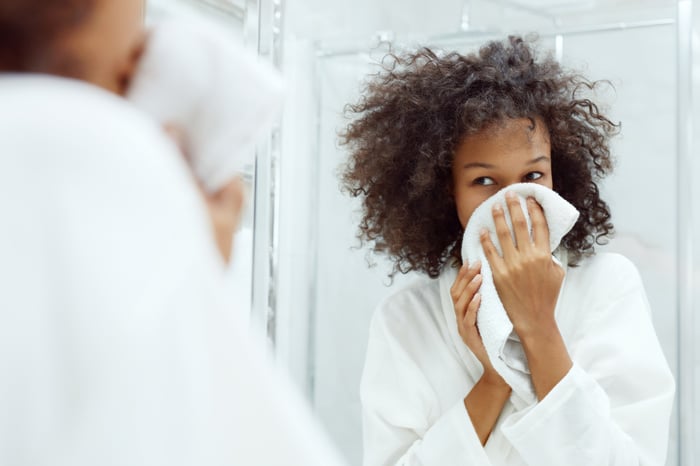 Although Thayers recorded just $44 million in sales for 2019, L'Oreal deemed the acquisition important enough to publish a press release on its investor site. L'Oreal USA CEO Stephane Rinderknech described Thayers as "a beloved American brand that has stayed true to its roots" and said it has "forged a strong connection with consumers." He noted its continued relevance and added L'Oreal believes "in its growth potential and unique positioning in the mass skincare market."

The president of L'Oreal's Consumer Products Division, Alexis Perakis-Valat, remarked that Thayers is "a true 'love brand' at the intersection of two major skincare trends: nature and health." "This acquisition is part of our strategy to develop our skincare business all around the world," he said.

Thayers will be added to the lineup of brands comprising the consumer products division of the company. Precise details of the deal have not yet been disclosed by either company.

This Cosmetics Giant Owns Most of America's Favorite Brands