The EV landscape continues to widen.

Curious car folk won't have to wait much longer to see one of Tesla's (TSLA -4.59%) newest challengers. Lucid Motors, an upstart electric vehicle (EV) manufacturer based in California, recently announced that it will unveil the production version of its Lucid Air, a luxury EV sedan, in September during an online event.

While it's not the April debut on the grand stage of the New York International Auto Show that Lucid Motors had originally intended, the company is resolved to keep its foot on the gas. Expressing his excitement, Peter Rawlinson, CEO and CTO of Lucid Motors, said that, "Although we are experiencing an unprecedented time in our history, the determination of this company's employees in developing a game-changing electric vehicle burns ever more brightly." 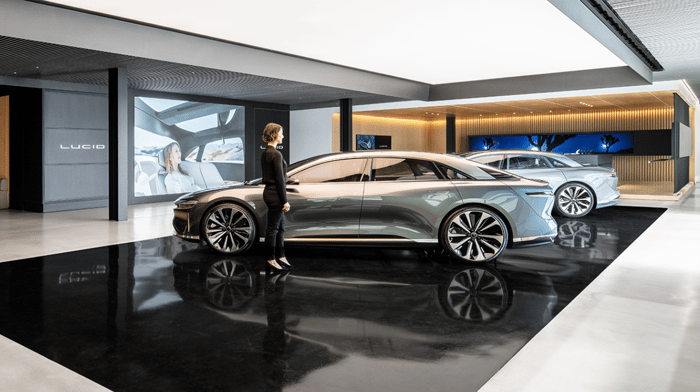 Lucid claims that the Air will have a range over 400 miles, but the company won't be able to promote the vehicle as the first EV of its type with such a considerable range; Tesla recently beat them to the punch. Earlier this week, it revealed in a blog post that it has updated the Model S Long Range Plus to an EPA-rated range of 402 miles.

Besides Lucid Motors, Tesla is facing increased pressure from Nikola (NKLA -4.66%) which recently announced that it would begin to take reservations for the Badger, the company's challenger to Tesla's Cybertruck, on June 29.

It's not only the unveiling of the Lucid Air which is putting pressure on Tesla. Lucid Motors is targeting production of the Air to begin later this year -- a step for which the company has been working hard to prepare. On a hiring spree, the company has recently added 160 employees to its ranks and aspires to add another 700 by the end of 2020; in addition, the company claims that it "has also made great strides in expanding its manufacturing infrastructure."