Shares of solar microinverter maker Enphase Energy (ENPH -0.13%) collapsed a stunning 26% on Wednesday after short-seller Prescience Point Capital Management published a report accusing the company of fabricating revenue numbers and being, in essence, a sham of a growth story.

But on Thursday, Enphase's defenders on Wall Street are shouting back with a vengeance, and the stock, down so much on Wednesday, is turning around and rising 18.1% in response as of 10:45 a.m. EDT today. 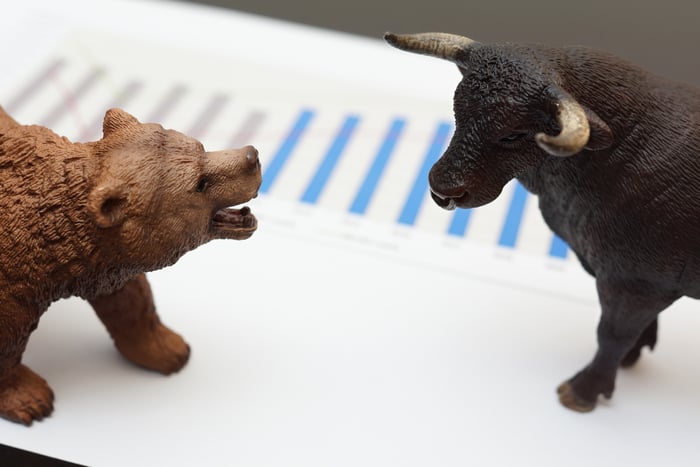 Wednesday's sell-off was quite simply overdone, investment bank J.P. Morgan said in a note covered today by TheFly.com. Sales channels are expanding and demand is rebounding in the U.S. since the market got rocked in March and April.

Moreover, with Enphase's stock having been driven down so much by Prescience Point's attack, two other investment banks reiterated their buy ratings on the shares, while a third upgraded its rating from accumulate to buy. Cowen says that with Enphase stock at $39 and change, it offers a "compelling" buying opportunity. Johnson Rice refutes Prescience Point's criticism of Enphase's sales growth by highlighting the very real cash that's flowing from those sales: $144 million in positive free cash flow generated over the past year, according to data from S&P Global Market Intelligence.

Now, I would point out that the $144 million in free cash flow Enphase generated over the past year is less than the $227 million in GAAP profit it reported for the period. If Prescience Point wants to make the argument that, at 40 times trailing free cash flow, Enphase stock is more expensive than the stock's 25.5 P/E ratio makes it appear, there's merit in that argument.

Luckily for buyers today, after Prescience Point's short attack, Enphase stock is at least a lot cheaper than it once was.