With the number of COVID-19 cases rising in some states across the U.S., Apple (AAPL -0.21%) has moved to reclose some of its stores.

In a statement to the media, Apple said it's closing a total of eleven stores in response to rising cases of COVID-19. Two are located around Naples, Florida, while two are in the Charlotte, North Carolina, area. One Apple store is located in Greenville, South Carolina, and six others are in Arizona, reports the Wall Street Journal. 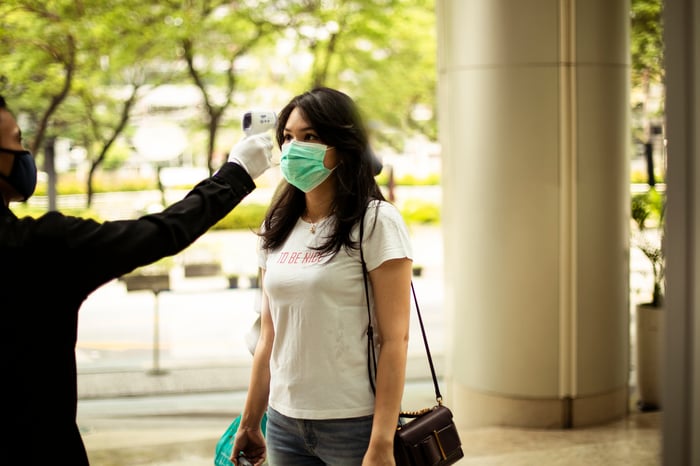 "We take this step with an abundance of caution as we closely monitor the situation and we look forward to having our teams and customers back as soon as possible," an Apple spokesman told the WSJ.

In May, the tech stock began opening its U.S. stores that had been closed since March when shelter-in-place orders were issued by cities around the country. It already has a number of safety protocols in place including conducting temperature checks of shoppers, requiring all customers to wear face masks, and keeping the number of visitors in its stores limited to abide by social distancing rules. Earlier in the week, Apple had said it was gearing up to re-open its New York City store. It targeted having 200 stores open by this weekend.