Company veteran Josh Weinstein will certainly have his work cut out for him.

There's a new name on the chief operations officer's (COO) cabin at Carnival (CCL 3.60%) (CUK 3.60%). The beleaguered cruise ship operator announced Friday that it has tapped Josh Weinstein for the position. His appointment is effective immediately.

Weinstein is an internal hire. For the last three years he was the head of Carnival UK, the unit managing the P&O Cruises and Cunard lines. He is a long-serving Carnival executive, having also served as the company's treasurer and as an attorney on its legal team. Prior to that, Weinstein worked as a corporate lawyer, although Carnival did not specify for whom or what. 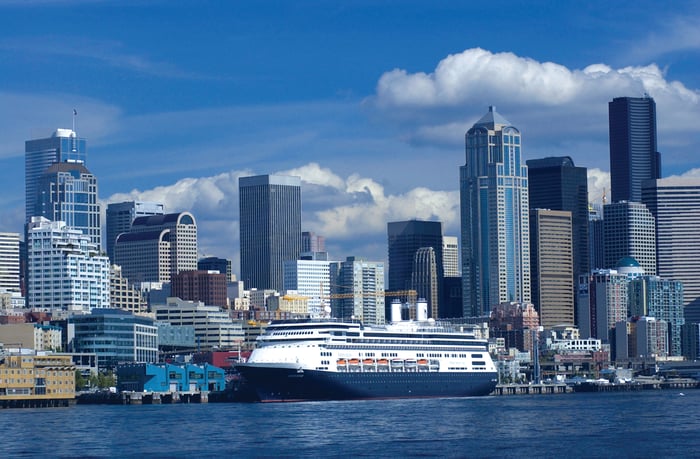 In the press release announcing the appointment, Carnival wrote that it is "part of the company's broader efforts to enhance operations and mobilize the global organization prior to its return to cruising."

That return isn't imminent. On the same day Weinstein's promotion was announced, the trade group to which Carnival belongs -- the Cruise Lines International Association -- said that all members were voluntarily extending their suspension of cruises from U.S. ports until at least Sept. 15.

Although this isn't a massive extension for Carnival (it had planned to restart in August, at the earliest), it still keeps the company's operations suspended.

The reason for the suspensions, it almost goes without saying, is the still-looming threat of the SARS-CoV-2 coronavirus outbreak. The number of cases is still rising, worryingly so in some locations, and social distancing remains the public health strategy of the moment.

On Friday, both of Carnival's listed stocks declined more precipitously than the major equity indexes and many consumer discretionary stocks, falling at roughly the 6% level.