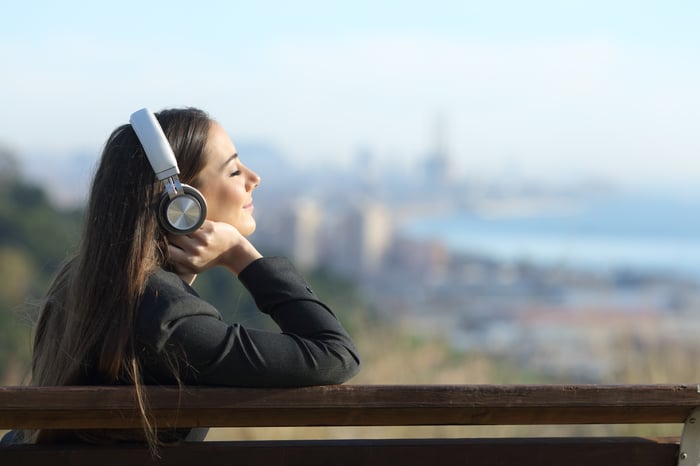 In the past, I said that Tencent Music's growing social entertainment business and consistent profits made it the better investment than Spotify. But over the past 12 months, Tencent Music's stock declined about 15% while Spotify's stock surged more than 50%.

Let's see why Tencent Music underperformed Spotify, and why I now believe Spotify is becoming a better all-around investment than its Chinese counterpart.

Tencent Music generated 68% of its revenue from its "social media entertainment and others" business last quarter. This business, which makes most of its money from virtual gift sales to its karaoke streamers on WeSing, generated impressive growth throughout 2019.

However, the unit's revenue fell 17% sequentially and grew just 3% annually last quarter, even as its mobile MAUs rose 13% annually. It blamed its declining revenue per user on fewer purchases of gifts throughout the COVID-19 crisis, adjustments to inactive users, and a tough sequential comparison to its annual awards gala last December. 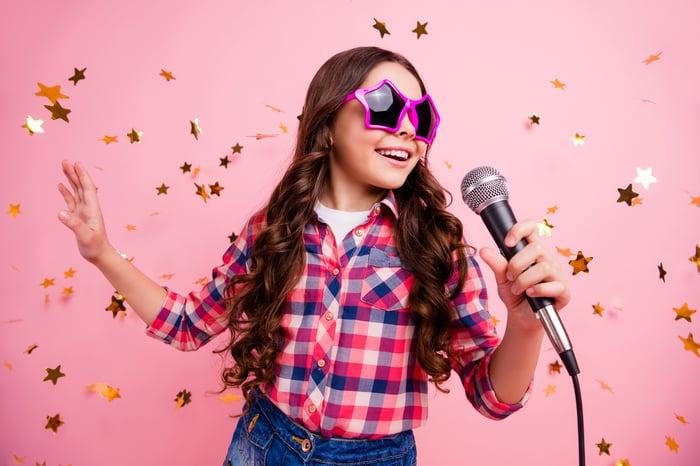 The rest of Tencent Music's revenue came from its online music business, which sells subscriptions and digital downloads, online ads for free users, and sub-licenses its own licensed songs to other streaming platforms.

Revenue at this business rose 27% annually but dipped 5% sequentially as the Chinese government forced Tencent Music to lower its sub-licensing fees after smaller streaming rivals like Alibaba and NetEase accused it of gouging prices.

Spotify's business model is simpler. It generated 92% of its revenue from premium subscriptions last quarter, and the rest came from ad-supported users.

Its subscription revenue rose 23% annually and 4% sequentially, as its ad revenue rose 17% annually but declined 32% sequentially throughout the COVID-19 crisis. Unlike Tencent Music, Spotify doesn't need to fret over competition from other live-streaming platforms or slower ad spending -- it only needs to gain and lock in more high-margin subscribers.

Spotify's total revenue rose 22% year-over-year last quarter, as its subscriber base expanded 31%. It squeezed out a net profit of 1 million euros ($1.1 million), up from a net loss of 142 million euros a year earlier, but that was mainly attributed to a one-time tax benefit.

Spotify should remain unprofitable this year, but it expects its revenue to rise 13%-19% as it converts more free listeners to paid subscribers.

Tencent Music's revenue rose just 10% last quarter, even though its total (online music and social entertainment) paid users grew a whopping 42%. That gap suggests Tencent Music is struggling to squeeze out more revenue from its new users -- which means it's spending more money by streaming music to free and low-value users.

That's why Tencent Music's adjusted net income declined 8% during the quarter. It didn't offer any guidance for the full year, but analysts expect its revenue to rise 17% this year as its earnings dip 5%.

Tencent Music's sub-licensing fees have already been scrutinized by regulators over the past year, but Chinese regulators also probed its investments in leading record labels like Universal and Warner.

The probe was suspended in February, but Alibaba, NetEase, and other competitors could push the government to restart the investigation. Tencent Music also faces pressure in the U.S., where a recently passed Senate bill could force Chinese companies to eventually delist their stocks from U.S. exchanges.

Spotify doesn't face any comparable regulatory headwinds. Instead, it launched an antitrust complaint against Apple in Europe last year over its App Store fees and the integration of Apple Music into iOS. Spotify might gain more users in Europe if the EU regulators support its case against Apple.

Tencent Music's profitability remains impressive, but its live streaming business sputtered out during the COVID-19 crisis while others flourished. That slowdown is troubling, and it faces regulatory threats.

Spotify won't generate a profit anytime soon, but its simpler business, larger base of paying users, and lack of regulatory hurdles arguably make it a better streaming media stock to buy than Tencent Music.