Please ensure Javascript is enabled for purposes of website accessibility
Log In Help Join The Motley Fool
Free Article Join Over 1 Million Premium Members And Get More In-Depth Stock Guidance and Research
By Keith Speights – Jun 21, 2020 at 6:33AM

This stock is practically future-proof.

We can sometimes overcomplicate investing. But it can -- and should -- be pretty simple. Find a well-run company with great growth prospects. Buy the stock. And sit back while it appreciates over the long run. Investors looking for income only have to add one more step: Make sure the stock pays a solid dividend.

You don't have to have a ton of money to invest for this approach to work wonders. If you've got $3,000 or so, there's a high-yield dividend stock that you can buy right now and let the money roll in. That stock is Brookfield Renewable Partners (BEP -2.24%). 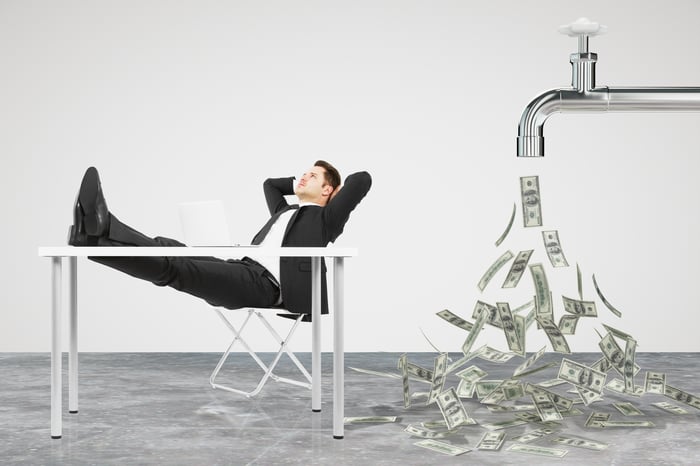 Brookfield Renewable Partners is a member of a family of limited partnerships (LPs) that are managed by Brookfield Asset Managers. Its sister companies include Brookfield Business Partners, Brookfield Infrastructure Partners, and Brookfield Property Partners.

Each of these companies focus on owning and managing assets in their respective niche markets that can generate strong recurring cash flow and distribute cash back to unitholders (the LP equivalent to shareholders). Brookfield Renewable Partners appears to be in great shape to keep up this family tradition.

The company owns hydroelectric, wind, solar and storage facilities spanning four continents. In total, Brookfield Renewable can generate over 19,000 megawatts of electric power. It also has a pipeline with 13,000 megawatts of capacity.

Around three-quarters of Brookfield Renewable's funds from operations (FFO) come from its hydroelectric facilities. Most of the rest of its FFO stems from the company's solar and wind facilities. A pending acquisition of TerraForm will boost these businesses.

This solid cash flow enables Brookfield Renewable Partners to reward investors with great distributions. Its yield currently stands at nearly 4.5%. The company has increased its distribution by 31% over the past five years.

Brookfield Renewable told investors last year that it's "one of the few future-proof stocks" on the market. I don't think that's an exaggeration. It's no secret that energy production in the future will increasingly rely on renewable sources. There are two main reasons why this trend is unstoppable.

First, wind and solar are already more cost-effective energy sources than natural gas. And their costs are likely to become even more attractive over the next decade.

Second, many countries across the world are eager to reduce their carbon footprints. The United Kingdom, for example, set a goal of 55% renewable energy production by 2030. China's goal is 50% within the same period, while India seeks to generate 40% of its energy through renewable sources by the end of the decade. The U.S. hasn't established a national goal, but several large states have, notably including California and New York.

Each of these countries and U.S. states are tracking well below their 2030 targets right now. That presents a significant growth opportunity for renewable energy stocks (and Brookfield Renewable Partners, in particular) over the next 10 years and beyond.

What you can realistically expect

How much money could you make with a $3,000 investment in Brookfield Renewable Partners? There are some variable factors that could impact your returns, of course. But you can realistically expect to rake in some serious cash.

The company's investment objective is to deliver annualized total returns of between 12% and 15% over the long term. This goal includes yearly distribution increases of between 5% and 9%. Can Brookfield Renewable achieve these goals? I think so. It's beaten the upper end of that range over the last five years.

If the company delivers an average annual total return of 15%, an initial investment of $3,000 today would double within the next five years. If Brookfield Renewable only meets the lower end of its projected range, it would take a little over six years to double. Either way, buying this high-yield stock now appears to be a simple and smart move to make money over the long run.