Please ensure Javascript is enabled for purposes of website accessibility
Log In Help Join The Motley Fool
Free Article Join Over 1 Million Premium Members And Get More In-Depth Stock Guidance and Research
By Prosper Junior Bakiny – Jun 22, 2020 at 10:10AM

Aurora and Trulieve are two of the more popular pot stocks, but only one of them is worth investing in today.

The issues in the cannabis sector far predate the current economic crisis caused by the COVID-19 pandemic. Over the past year or so, marijuana companies have generally reported underwhelming financial results, much to the dismay of pot investors who had high hopes for the industry. Over the trailing twelve-month period, the Horizons Marijuana Life Sciences ETF (HMLSF 0.51%) -- an industry benchmark -- is down by 61.3%, compared to a 4.9% rise for the S&P 500.

Naturally, there are plenty of cannabis stocks investors ought to avoid, but there are also some pot companies worth investing in today. Let's discuss two cannabis companies, one of which is a buy, and one of which isn't worth your money. 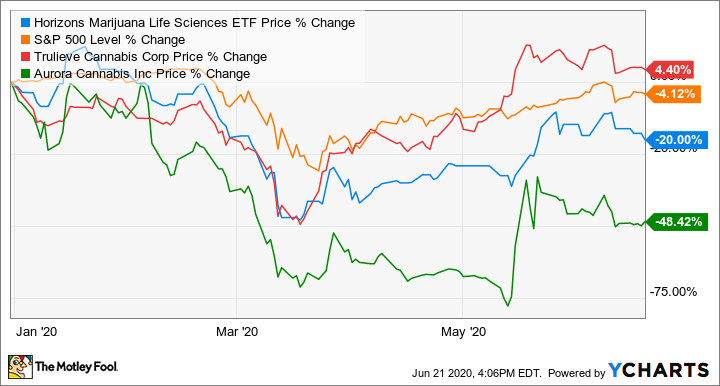 The stock to buy

Trulieve Cannabis (TCNNF 5.42%) is a vertically integrated multi-state operator with a particular focus on the cannabis market in Florida. Trulieve's strategy to hone in on one market (for the most part) is in sharp contrast with that of some of its rivals -- such as Curaleaf Holdings (CURLF -2.20%) and others -- which have sought to build wide presences across several U.S. states. However, Trulieve's results speak for themselves, at least so far. Unlike most of its peers in the cannabis industry, Trulieve has been able to record consistent profits. During the first quarter, the company recorded revenue of $96.1 million, representing a 21% sequential increase and a 116% year over year increase.

Trulieve's net income for the quarter came in at about $14 million, although that was a slight decline from the $14.7 million it recorded during the prior-year quarter; Trulieve ended the quarter with 47 dispensaries in the sunshine state. It is also worth noting that as of March 31, the company was responsible for more than 50% of all the cannabis flower sales in Florida, which is a testament to Trulieve's strong presence in this market. 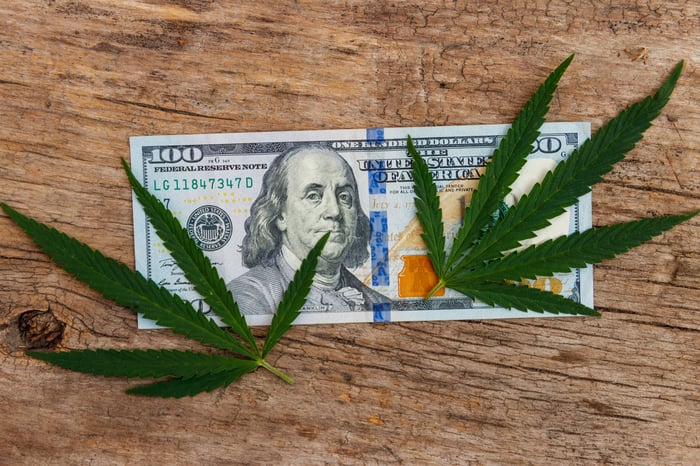 Looking forward, Trulieve is the best way to profit from the potentially lucrative cannabis market in Florida. The U.S. cannabis market will grow rapidly over the next few years, with Florida -- one of the world's largest medical-only cannabis markets -- set to exceed the $2 billion mark in spending by 2024, according to the research firm BDS Analytics. Note that in 2019, total spending on cannabis products in Florida was a little over $650 million. In other words, this market will grow significantly over the next few years.

Further, the ongoing crisis has done little to slow down this trend. Cannabis sales in Florida (and elsewhere, for that matter) briefly increased recently, especially as social distancing measures began to take form. This could be one of the reasons why Trulieve has performed well on the stock market year to date. And given the company's leading position in the sunshine state -- and the favorable trends we will likely see in the coming years -- I expect Trulieve to continue outperforming the market in the long run.

The stock to avoid

Aurora Cannabis (ACB 4.07%) has been making a lot of noise. Last month, the Edmonton, Canada-based company released surprisingly strong Q3 2020 financial results. Perhaps the biggest surprise in the company's quarterly update was its top line. During the quarter, Aurora Cannabis recorded total net revenue of CA$75.5 million, representing a 35% sequential increase. Also, the company's operating expenses decreased by about 26% sequentially to roughly CA$111 million, and Aurora Cannabis' net loss of CA$137.4 million was significantly lower than the gigantic CA$1.3 billion it recorded during the second quarter. Another recent bit of good news for Aurora Cannabis was the acquisition of Reliva, a U.S. retail cannabidiol (CBD) brands; the acquisition closed on May. 28.

As part of the deal, Reliva's members received about $40 million worth of Aurora Cannabis' shares, and pending performance-related milestone, they could receive an additional $45 million of Aurora Cannabis' shares (or cash) over the next two years. The opportunity within the U.S. CBD market could be exciting for Aurora, and the company's latest financial results were certainly a step in the right direction. However, I still think it is best to avoid buying shares of Aurora, at least for now.

Here are two reasons why. First, thanks to a slew of acquisitions, Aurora has an abnormal amount of goodwill on its balance sheet. As of March 31, the company had about CA$2.4 billion in goodwill, which comes out to a little more than half its total assets. Of course, Aurora hoped to conquer the industry thanks to these acquisitions, but its reckless spending has yet to bear fruit. And what's more, investors can expect significant writedowns for the pot grower in the future. Second, unlike some of its peers in the cannabis industry, Aurora has yet to find a partner with deep pockets.

The company has already made it a habit to resort to dilutive forms of financing, and without the help of a partner, it will likely continue to do so. It's worth noting that the company famously brought billionaire Nelson Peltz as a strategic advisor to help it secure a partner. But more than a year later, it still hasn't happened. These issues (and others) will continue to plague Aurora for the foreseeable future, and while I'm hopeful the company will eventually turn things around, I think investors should stay away from this cannabis stock for now.