Please ensure Javascript is enabled for purposes of website accessibility
Log In Help Join The Motley Fool
Free Article Join Over 1 Million Premium Members And Get More In-Depth Stock Guidance and Research
By Rhian Hunt – Updated Jun 22, 2020 at 10:41AM

The brewer’s stock has never been higher, but at least one analyst still expects bigger gains.

Though Boston Beer (SAM -2.57%) has been trading well north of $500 per share, much higher than at any other point in its 36-year history, financial services company and investment bank Cowen (COWN 0.10%) expects it to climb significantly higher. Rated "outperform," Boston Beer also has a price target of $650, a more than 20% upside compared to its current share price of around $531 in morning trading.

Cowen endorsed Boston Beer as its No. 2 stock pick overall. Analyst Vivien Azer said in a research note, "SAM is well positioned to benefit from current market dynamics within U.S. alcohol." She furnished additional detail, saying because of "its Truly brand, the company has established itself as the clear number 2 player within hard seltzer, the fastest growing category in total beverage alcohol, while also commanding a market leading position in hard tea, another high growth category." 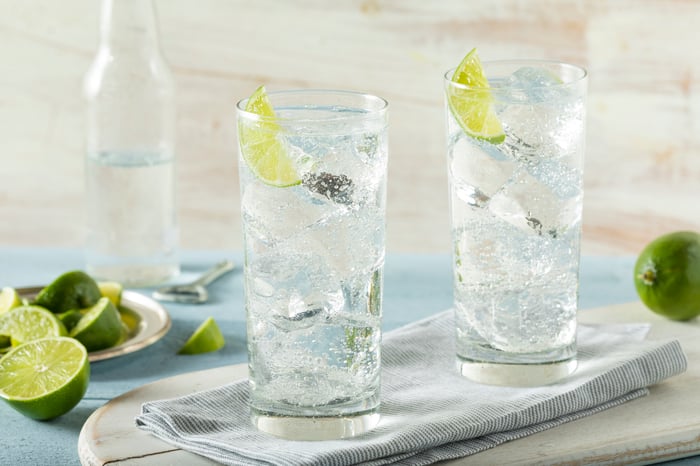 Though Boston has to pay extra to have third-party suppliers make its Truly hard seltzer, the company continues its aggressive push in this market. Studying beer sales over the important Memorial Day holiday, Nielsen, a market research firm, said that hard seltzer sales jumped 250% year over year. Bump Williams Consulting (BWC) also noted that out of the top 15 fastest growing beer-sector brands, eight are hard seltzers.

Potentially providing additional weight to Cowen's predictions, the firm made a similar call back in late April. On April 23, with Boston Beer trading in the low $420s, the investment bank ratcheted its price target up 22.5%, from $400 to $490. Boston shot past the new price target less than a month later, reaching $504 on May 14.