Should Penn be worth more than DraftKings?

Shares of Penn National Gaming (PENN 4.78%) were going up today after a man named David Portnoy talked about the stock in a nationally televised interview. He sees Penn stock going much higher, and his followers are listening intently. As of 12:15 p.m. EDT, Penn stock was up a whopping 15%.

Penn National Gaming stock was absolutely crushed after it closed all of its casinos because of the coronavirus. However, its returns since then stretch credulity. The bottom was $3.75 per share, meaning it's approaching 10-bagger status in just three months. 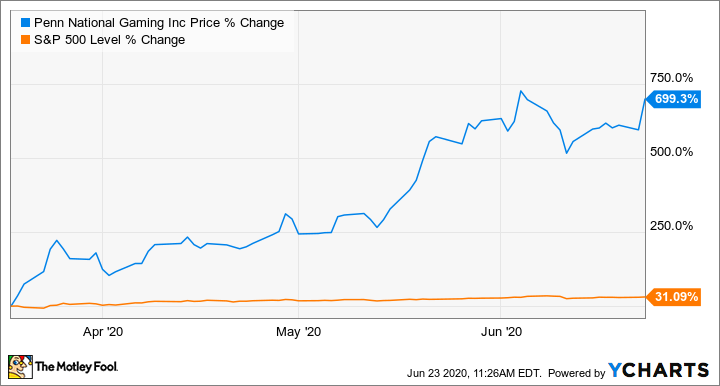 In January, Penn National Gaming acquired a 36% interest in Barstool Sports, a company founded by Portnoy. The company focuses on sports media and has a loyal fan base of over 66 million. But then the COVID-19 pandemic hit and canceled live sports. What's a sports-media company to do without sports?

Portnoy became a day trader of stocks, filming himself and gaining an audience. He's made profitable trades which attract a day trader following. But by saying audacious things, he's excelling at stealing the headlines as well. For example, in reference to investing legend Warren Buffett, Portnoy said: "I'm better than he is. That's a fact."

However, if this popular day trader is long any stock, it's Penn. That's because Penn and Barstool Sports are launching a sports-betting app next quarter, bringing it into direct competition with another hot stock from 2020: DraftKings (DKNG 8.16%).

On Monday night, Portnoy went on CNBC's Mad Money, and host Jim Cramer noted the market capitalization for Penn National Gaming is under $5 billion, while DraftKing's market cap is $12 billion. Portnoy believes those valuations should be reversed, due to the "stranglehold" Barstool Sports has among the sport-gambling crowd. 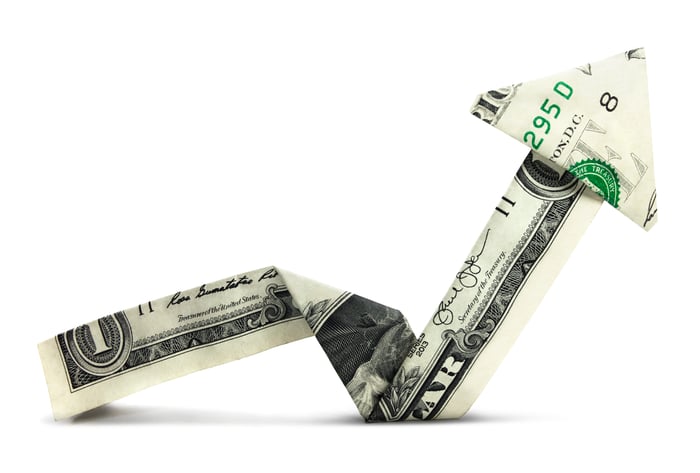 Portnoy's interview highlighted two issues that I believe do have merit. The first is Penn National Gaming's unique position. It has both physical casinos and a digital audience. Most companies have one or the other, and I believe it's a strength for Penn that shouldn't be ignored.

Secondly, the interview also highlighted the low barrier to entry for DraftKings' competition. Many pundits argue that DraftKings is a duopoly with Flutter Entertainment's FanDuel. But it's fair to wonder if that supposed duopoly only exists because of the restrictions placed on sports betting to this point. As laws relax to legalize gambling, I'd expect more competition, like Barstool Sports, to jump in to snag a slice of the growing pie.