With its fourth-quarter earnings report due on Thursday, June 25, Nike (NKE -12.81%) has become a magnet for positive analyst predictions. While many analysts are expressing bullish opinions about the stock, Sam Poser at trading firm Susquehanna International Group outdid the rest. Along with his positive research note endorsement, Susquehanna raised its Nike share price target from $100 to $130 per share, a 30% increase and a 24.4% upside from its year-to-date high of $104.53.

Poser's research note described Nike as "the strongest brand in the retail sector" and cited its extremely rapid recovery as one of the reasons for the price target hike. 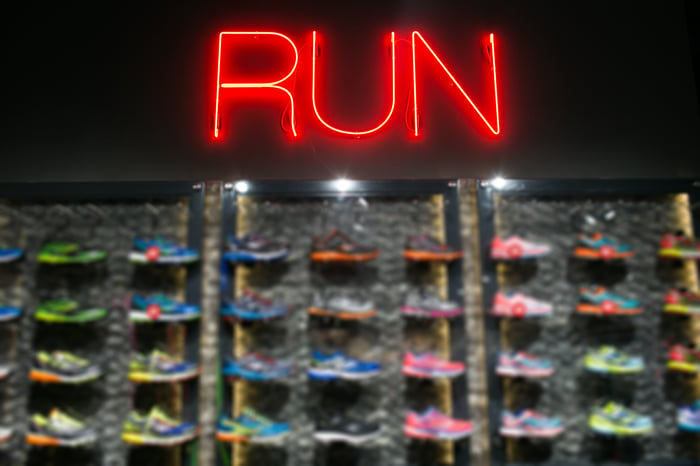 Another major boost came from Needham, which pumped its Nike price target up from $80 to $113, a 41.25% increase in its predicted value. Bestowing a buy rating on the stock, Needham analyst Rick Patel noted Nike's strong e-commerce moves as being among its advantages, while also observing that in "overseas markets, recent data points indicate that demand in China improved meaningfully intra-quarter, which we see as critical for Nike's LT success." He added, "Our recent survey of 300 consumers also points to strength for activewear, and for Nike in particular."

Other firms joined the chorus with somewhat more restrained upside forecasts. BTIG maintained its buy rating on Nike, while edging its price target upward 8.3% from $108 to $117. Analyst Camilo Lyon sees long-term potential in the company and says it likely expanded its market share during the COVID-19 pandemic. Additional upbeat predictions came in yesterday, bringing the total of major analyst upgrades to at least five.