Please ensure Javascript is enabled for purposes of website accessibility
Log In Help Join The Motley Fool
Free Article Join Over 1 Million Premium Members And Get More In-Depth Stock Guidance and Research
By Adria Cimino – Jun 23, 2020 at 9:56AM

A patent appeal and a regulatory decision may produce huge rewards -- or losses.

For Biogen (BIIB -1.01%) and its investors, the next 12 months may result in great opportunity or dashed hopes. A lot is riding on a patent appeal concerning Biogen's blockbuster multiple sclerosis (MS) drug, Tecfidera, and a U.S. Food and Drug Administration decision on the company's potential Alzheimer's disease treatment called aducanumab. 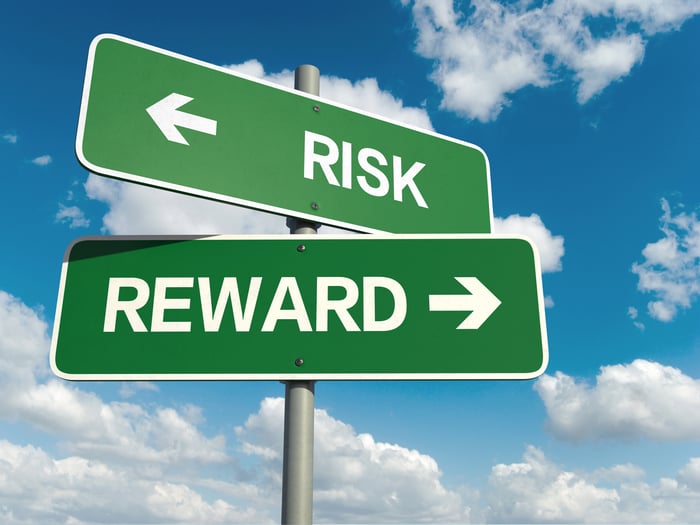 Considering the market crash in March, shares of the biotech giant haven't performed too badly. The stock is only down a little more than 8% this year. What happens with Tecfidera and aducanumab will offer further direction.

Let's take a closer look at these two opportunities/risks.

Tecfidera generated $4.4 billion in revenue for Biogen last year, and the company was counting on that sort of performance continuing as it transferred doctors and patients over to its newer MS drug, Vumerity. Biogen would have had until the 2028 patent expiry to do that if it hadn't been for a patent dispute involving Mylan (MYL).

Now, Biogen is looking at the possibility of competition as early as this year. A West Virginia federal court ruling last week invalidated Biogen's Tecfidera patent, opening the door for Mylan to sell a generic version of the drug. Mylan said it is working with the FDA to advance the regulatory agency's Nov. 16 action date on its drug candidate.

Meanwhile, Biogen plans to appeal the decision, Fierce Pharma reported, citing a statement from the company. But an appeal won't protect Tecfidera in the near term. If Mylan's competing product is approved, the company may choose to launch it "at risk" -- that means launching a generic during an ongoing patent battle. (When selling "at risk," the generic drugmaker may owe damages to the patent holder if the patent holder prevails.)

For now, though, a Mylan launch would certainly cut into Tecfidera revenues. And the generic competitor may also weigh on Biogen's ability to boost Vumerity sales. The FDA approved Vumerity in October. It has the same efficacy as fellow fumarate drug Tecfidera but fewer side effects. Still, convincing doctors and patients to try a different treatment isn't always easy. In the first quarter -- Vumerity's first full quarter on the market -- it generated $2 million in sales after bringing in $5 million in part of the previous quarter.

Looking on the bright side

This doesn't mean all is lost. There are some possible happy ending scenarios. Though Vumerity hasn't been an overnight success, Biogen's sales team may be able to convince more doctors of the drug's benefits in the coming months, or Biogen may eventually win the Tecfidera patent appeal.

A third element could put the Tecfidera woes on the back burner, and that has to do with our second opportunity/risk -- the fate of Alzheimer's treatment aducanumab.

Aducanumab has taken Biogen investors on a bit of a roller coaster ride. Biogen shares slid nearly 30% in one trading session last year when the company said it was halting the phase 3 program. An independent review predicted studies wouldn't meet primary endpoints. Biogen then revived the program last fall and planned a regulatory submission, saying a look at broader data showed a brighter picture. When given at higher doses, aducanumab reduced patients' clinical decline, according to the studies.

Optimism from some buoyed the share price, helping the stock gain 26% in one trading session. But others questioned whether Biogen's data would be strong enough to win an FDA approval. Biogen said it would submit aducanumab to the regulatory agency in early 2020. More recently, the company updated investors, saying the regulatory submission would be complete in the third quarter after a meeting with the FDA this summer. Again, disappointment followed as some analysts and investors thought an FDA meeting wouldn't be needed.

Is aducanumab on the right track?

It's impossible to predict whether the FDA will approve a drug. Certainly, there is a dire need for Alzheimer's treatments, which some say could make reviewers more accommodating. If approved, aducanumab would be the first Alzheimer's treatment available that reduces clinical decline. There are more than 5 million Americans with the disease, according to the Alzheimer's Association. And analysts have predicted peak sales of $10 billion for aducanumab. That could make up for possible disappointments in Tecfidera or Vumerity revenue.

If aducanumab is approved, we can expect significant share gains for Biogen. But what happens if Biogen loses the Tecfidera appeal and the FDA doesn't approve aducanumab? We can expect significant share declines. Biogen has five phase 3 drug candidates in the pipeline and many earlier stage candidates, but an immediate growth driver doesn't stand out. Though Biogen has steadily increased annual revenue for about 15 years, these days Tecfidera represents a large part of that. The drug generated 39% of total product revenue last year.

That said, years down the road, Biogen's pipeline will likely bear fruit in the form of promising new candidates. But the key word here is "years," so time and patience are required. In the near term, though, the Tecfidera patent appeal and the aducanumab regulatory decision will either make or break this biotech stock. And for investors, the rewards -- or losses -- may be big.