After two unsuccessful attempts, the iconic grocer will try again.

Albertsons, the second-largest grocery store chain in the U.S, is making plans to go public, the third attempt in recent years. The company filed its S-1 with the Securities and Exchange Commission (SEC), though no date for the initial public offering (IPO) has been set.

The stock would trade on the New York Stock Exchange using the ticker ACI. Albertsons plans to offer 65.8 million shares to the public, which are expected to be priced at between $18 and $20. The underwriters have the option to sell an additional 9.87 million shares. The IPO is expected to raise a total of between $1.18 billion and $1.51 billion. 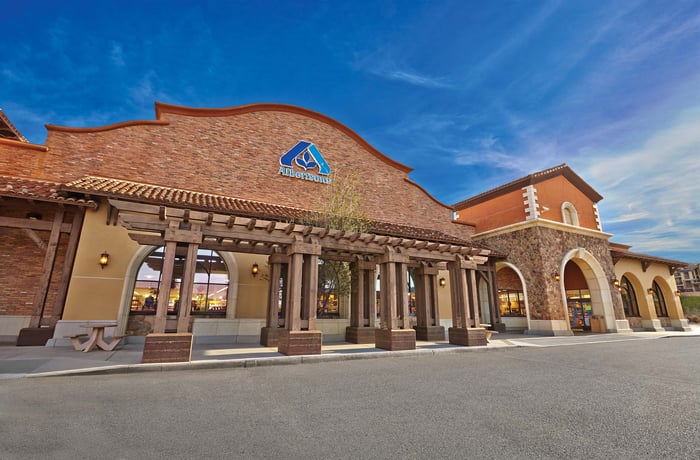 The grocery retailer owns familiar supermarket brands as Safeway, Vonns, Jewel, and Acme, among others. Albertsons has 2,252 stores across 34 states and boasts No. 1 or No. 2 market share in 68% of the 121 metropolitan areas in which it operates. The company has four private label brands that each surpass sales of $1 billion annually.

Albertsons will not receive any of the proceeds from the offering. The money will go to the investment group that owns the company, which will still control 73% of its shares after the IPO. This includes Cerberus Capital Management and Kimco Realty which will own 31.9% and 8%, respectively. Klaff Realty, Lubert-Adler Management, and Schottenstein Stores will control 11.7% each.

Earlier this month, Albertsons also got an infusion of cash from investment company Apollo Global Management. The hedge fund bought a 17.5% stake in the company for $1.75 billion, which would value Albertsons at about $10 billion.

Why Shares of Cazoo Are Rising Today