Please ensure Javascript is enabled for purposes of website accessibility
Log In Help Join The Motley Fool
Free Article Join Over 1 Million Premium Members And Get More In-Depth Stock Guidance and Research
By Jennifer Saibil – Jun 24, 2020 at 10:00AM

Both companies have been impacted by the pandemic. Which one presents the better opportunity?

Nike (NKE 3.79%) and Tanger Factory Outlets (SKT 7.28%) are two retail stocks that have been impacted by COVID-19. But their business models are very different: Nike is a sports and apparel brand that wholesales as well as selling directly to consumers, while Tanger may seem like a retailer, but is actually the infrastructure behind many retail outlet malls. 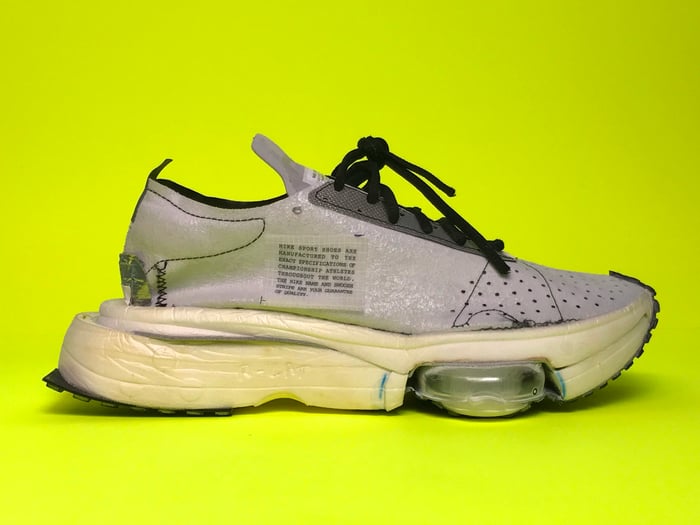 Nike: Still dominant after all these years

Nike is a powerful brand that dominates the athletic apparel and footwear space. What started off as a humble sneaker company is now the most valuable apparel brand in the world, taking in more revenue than its top three activewear competitors combined, not to mention outdoing standard apparel companies.

Here's how Nike's sales have grown over the past few quarters:

Nike sales increased in the third quarter despite store closures in China, its fastest-growing market, and digital sales grew 36%. The company will release fourth-quarter and full-year earnings on Thursday, June 25, and analysts expect sales to drop 27%, but to still turn a small profit.

Almost all stores in China have been reopened as of May and U.S. stores are now reopening. In the meantime, Nike has leveraged its extensive digital offerings to engage with customers and grow its brand presence, which should hopefully help drive another large leap in e-commerce in the fourth quarter.

Nike turned up its direct-to-consumer options at the end of 2019 and offers several omni-channel options to create a strong community within its customer base. This has served to fortify its position as the leader in the industry and motivate more buyers.

Even though people associate the name with shopping, Tanger is not actually a retailer. The company is a REIT, or real estate investment trust, which means that it operates an income-generating real estate portfolio. Currently, Tanger owns 39 high-end outlet malls with tenants such as Hugo Boss, Karl Lagerfeld, and Le Creuset.

You don't have to follow the news to guess that Tanger has been having a tough time during the pandemic. All of its outlet centers were closed for several weeks during its first and second fiscal quarters, and with the shift away from shopping at malls, investors might think this is stock to avoid at all costs. But that's not necessarily the case.

Tanger dove right in to figure out how to proceed now that stores have been reopening, and it's pivoted on several fronts to meet demand in the new, socially distanced era. It now has much of its merchandise in an open-air setup, offers curbside pickup, and is offering delivery from its stores via a virtual shopper.

Like many companies whose fate during this time has been determined by their balance sheets, Tanger has been able to wait out the pandemic with its strong cash position. It drew down its entire $600 million credit line and suspended dividends to manage its business while shopping came to a halt. While the impact of shopper-less stores doesn't directly impact Tanger's top line, the company allowed tenants to defer April and May payments until 2021, and so only took in 12% of billed rents for April.

The second quarter will take the impact of the deferred May rent, but as of June 14, 90% of stores are occupied and Tanger's operations are getting back to normal. Open stores represent 69% of the company's pre-pandemic rental base, and traffic is at 90% of last year's levels for stores open at least 30 days.

CEO Steven Tanger said, "Over many economic cycles during the past 39 years, we have shown that in good times people love a bargain and in tough times like these, they need a bargain."

Historically, Nike stock has outperformed Tanger stock, which has fallen over the past five years as malls are seen as potentially becoming obsolete. However, Tanger is doing better than other malls because it has outlets, which still bring people out to find great deals that they won't find online. It's also weathering the pandemic well since stores have reopened, with its open-air physical store model that traditional malls can't offer. For these reasons, it still has lots of opportunity for growth.

However, I still think I'd choose Nike as the safer bet for high returns. Nike also has lots more room for expansion and is more of a sure thing, while buying shares of Tanger comes with some sense of uncertainty.