Please ensure Javascript is enabled for purposes of website accessibility
Log In Help Join The Motley Fool
Free Article Join Over 1 Million Premium Members And Get More In-Depth Stock Guidance and Research
By Leo Sun – Jun 24, 2020 at 11:15AM

The online search giant chases another growing social network with a half-baked clone.

Keen isn't a major product release like Google+, which was discontinued last year after failing to keep pace with Facebook (META 1.83%) and other social networks. Instead, Keen was developed by Google's Area 120, an internal incubator that creates experimental apps and services. 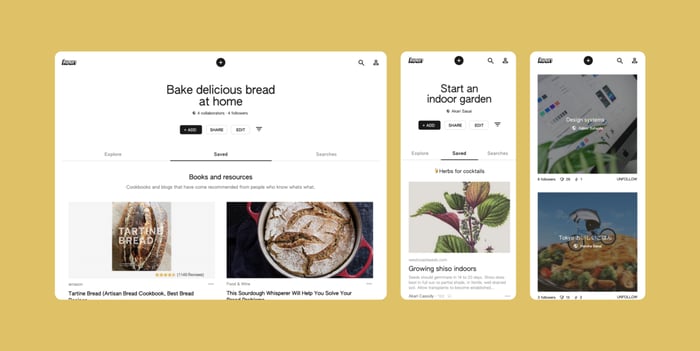 Google probably isn't positioning Keen as a serious competitor to Pinterest, but this isn't the first time it followed Pinterest's lead. Google added a "collections" feature to its image search engine for curating images in 2015, and upgraded the feature with AI-powered suggestions earlier this year. Keen seems to be another step toward Google's creation of a full-fledged Pinterest rival -- but is it far too late  to enter the curation market?

Google recognized Facebook and other social media platforms as major threats in the digital advertising market years ago. While Google mainly crafts targeted ads from a user's searches, browsing history, and location history, most ads on social networks target users based on their personal profiles, interests, and online interactions with other users.

Google's growing list of failed social networks include Friend Connect, Orkut, Jaiku, Buzz, and Google+. These platforms mainly failed due to poor promotional efforts, a lack of standout features, competition from entrenched social media platforms, and Google's tendency to cannibalize older services with newer ones before they can expand and mature.

Pinterest was founded ten years ago, but continues to grow at an impressive rate. Its monthly active users (MAUs) rose 26% annually to 367 million last quarter, with its international MAUs surging 34% to 277 million and its U.S. MAUs growing 6% to 90 million.

Pinterest's platform naturally encourages users to pin their favorite products and experiences, so it's attracted a lot of interest from brands with its "shoppable" pins. Major retailers like IKEA have already uploaded their entire catalogs to Pinterest.

That support widens Pinterest's moat against challengers like Google's Keen and Facebook's Hobbi, a similar app that was launched by Facebook's NPE (New Product Experimentation) team earlier this year. Facebook has a better shot at challenging Pinterest with Instagram, which also offers shoppable posts, but there seems to be enough room for both platforms to grow in this nascent "social shopping" market.

Keen and Hobbi will both likely struggle to pull users away from Pinterest, which enjoys a first mover's advantage in its niche curation market. Both apps look more like half-baked clones of Pinterest instead of fully realized "Pinterest killers" -- so Google's Area 120 and Facebook's NPE will likely kill off the experimental platforms if they don't gain any steam.

Google's past failures, its tendency to hastily skip from project to project, and the tepid mainstream response to Collections all indicate Keen won't present a significant threat to Pinterest.

Like many of Google's experimental efforts, Keen follows a hot trend without adding enough fresh features. Its success or failure won't matter financially to Google, which generates most of its revenue from its search-based ads, but it would mark yet another missed opportunity to gain a foothold in the social media market.