Please ensure Javascript is enabled for purposes of website accessibility
Log In Help Join The Motley Fool
Free Article Join Over 1 Million Premium Members And Get More In-Depth Stock Guidance and Research
By Leo Sun – Jun 24, 2020 at 10:44AM

The gaming giant spooks investors with a chilly comment about its mobile games.

Nintendo's (NTDOY -2.05%) expansion into mobile games over the past four years generated more than $1 billion in revenue through the end of 2019, according to Sensor Tower. That growth looked promising for the Japanese video game giant, which built its fortunes in the console gaming market.

That's why it was surprising when Nintendo President Shuntaro Furukawa recently revealed the company was "not necessarily looking" at launching "many" more mobile games. Nintendo has launched seven first-party (non-Pokemon) mobile games so far, and it previously planned to release two to three games annually.

Furukawa didn't say Nintendo would stop making mobile games, but Sensor Tower noted that revenue from Super Mario Run, one of Nintendo's first mobile games, dropped by the double digits throughout the COVID-19 crisis as sales of the Switch-based Animal Crossing: Horizons surged.

That difference might be convincing Nintendo to prioritize console games over mobile games, but is it too early to abandon this growing market?

Nintendo has never felt comfortable in the mobile market

Nintendo resisted investor calls to enter the mobile market for years before finally launching its first batch of mobile games in 2016. It resisted the shift for two main reasons.

First, Nintendo has only released its first-party games on its own hardware, with a few scattered exceptions. It believed keeping flagship franchises like Mario and Zelda locked into its own consoles differentiated it from competitors like Sony (SONY -1.37%) and Microsoft (MSFT -1.27%).

That walled garden strategy also prevented Nintendo from sharing its video game revenue with companies like Apple and Alphabet's Google, which retain a 30% cut of their app store revenues.

Second, former Nintendo President Satoru Iwata, who passed away in 2015, believed a video game should offer a complete experience with a single price tag. Iwata disliked "free-to-play" mobile games, which he mocked as "free-to-start," but still established Nintendo's mobile gaming business via a partnership with Japanese mobile game developer DeNa (DNACF -10.06%) in his final months as Nintendo's CEO.

Iwata's successors, Tatsumi Kimishima and Shuntaro Fukukawa, oversaw the launch of Nintendo's mobile games, which were mostly developed by DeNa. Nintendo also embraced in-app transactions and subscriptions, but some of those changes alienated gamers. In particular, the aggressive in-app purchases and subscriptions in last year's Mario Kart Tour were broadly criticized by both gamers and media publications.

Those criticisms, along with the recent strength of Switch titles like Animal Crossing, may have sparked Furukawa's decision to scale back Nintendo's mobile gaming ambitions. 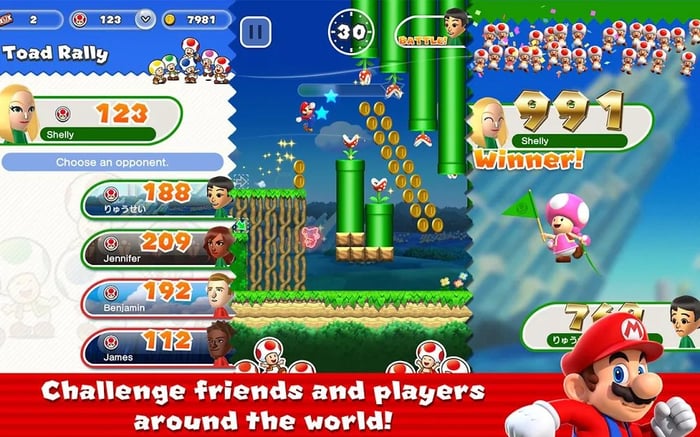 How much do mobile games matter to Nintendo?

Nintendo doesn't disclose its exact mobile gaming revenue, but it's included in its broader "mobile and IP-related income" segment. The segment's revenue rose 11.5% to 51.2 billion yen ($480 million), or 4% of its top line, last year.

Nintendo attributed that growth to a "large increase in active players" and a new monthly subscription service in Animal Crossing: Pocket Camp, as well as the introduction of multiplayer features for Mario Kart Tour. The growth of the unit significantly outpaced Nintendo's core "dedicated video game platform" revenue, which rose 8.8% to 1.25 billion yen ($11.8 billion).

In its annual report in early May, Nintendo declared its mobile business will encourage "more consumers to continue to enjoy playing applications released during this fiscal year like Mario Kart Tour, as well as existing applications that were released in previous years" over the following year. That statement suggests Nintendo won't pull the plug on its existing games, but it probably won't launch many new games either.

Focusing on the Switch and taking a breather

Nintendo's decision to throttle its mobile spending might be the right move since it will free up more cash to promote new Switch games during the holidays. That's when its main console will face fierce competition from Sony's PS5 and Microsoft's Xbox Series X. It would also free up more resources for the development of Nintendo's long-rumored "Switch Pro."

Nintendo's investors shouldn't fret too much about Furukawa's comments. The company's mobile games only generate a small percentage of its total revenue, and it's merely putting them on the back burner as it focuses more heavily on the Switch.