Please ensure Javascript is enabled for purposes of website accessibility
Log In Help Join The Motley Fool
Free Article Join Over 1 Million Premium Members And Get More In-Depth Stock Guidance and Research
By Evan Niu, CFA – Jun 24, 2020 at 8:00AM

The software juggernaut is shuttering Mixer even after spending lavishly on exclusivity deals.

Microsoft (MSFT -1.27%) acquired Beam way back in 2016, a couple years after Amazon (AMZN -3.01%) had scooped up live-streaming leader Twitch in 2014. Beam was subsequently rebranded as Mixer in 2017 due to global rights issues. Microsoft had been aggressively trying to grow Mixer as a competing live-streaming service by poaching prominent streamers.

All of those efforts have apparently failed to make a dent in live-streaming, and this week, Microsoft announced that it was shutting down Mixer. 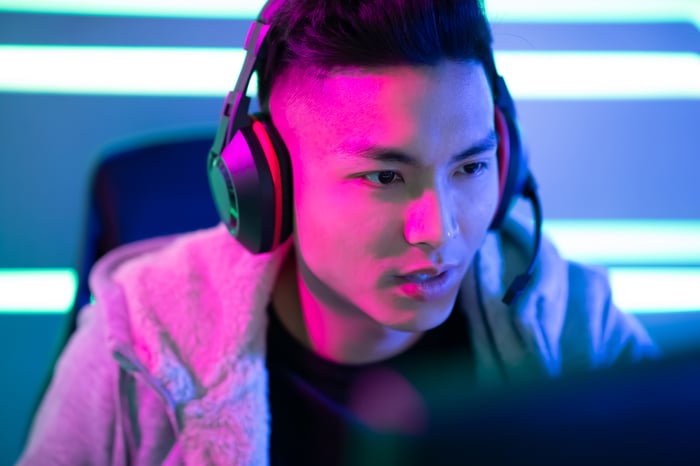 Mixer failed to grow the audience

In a blog post, Mixer effectively conceded that it has not been able to expand its audience meaningfully. That's despite all of the high-profile streamers that Microsoft paid so handsomely to poach, most notably Twitch's biggest star, Fortnite streamer Tyler "Ninja" Blevins. That exclusivity deal was worth an estimated $30 million to $50 million.

It initially seemed like the partnership would work: Mixer mobile downloads doubled following the defection, according to Sensor Tower. But initial downloads don't necessary translate into sustained engagement.

"Ultimately, the success of Partners and streamers on Mixer is dependent on our ability to scale the platform for them as quickly and broadly as possible," Mixer wrote. "It became clear that the time needed to grow our own livestreaming community to scale was out of measure with the vision and experiences that Microsoft and Xbox want to deliver for gamers now, so we've decided to close the operations side of Mixer and help the community transition to a new platform."

That new platform is Facebook (META -1.69%) Gaming. Mixer plans to transition its entire community to Facebook Gaming, which the service is framing as "a key part of a broader effort" to integrate Xbox with the live-streaming platform. It's worth noting that Facebook has also been selectively poaching streamers from Twitch in its own efforts to compete.

Mixer is working to ensure a smooth transition to Facebook Gaming, particularly when it comes to monetization for streamers. Existing partners will automatically be granted partner status on Facebook Gaming, and the companies are trying to streamline other aspects of the onboarding process. Mixer is also releasing all of its high-profile streamers from those expensive exclusivity agreements.

It's unclear how much Microsoft spent on Beam to begin with, as financial terms were never formally disclosed. Regulatory filings show that Microsoft spent $24 million in total during that particular quarter on acquisitions (net of cash acquired). The company also acquired Genee, an artificial intelligence-powered scheduling service, during the same month for an undisclosed sum. Put another way, Microsoft likely spent more on its exclusivity deal with Ninja than it did on the entire live-streaming platform itself.

Following the announcement, the tech giant will instead focus more on Project xCloud, its ongoing push into game-streaming technology, where games are run in the cloud but streamed to any device.