Please ensure Javascript is enabled for purposes of website accessibility
Log In Help Join The Motley Fool
Free Article Join Over 1 Million Premium Members And Get More In-Depth Stock Guidance and Research
By Nicholas Rossolillo – Jun 24, 2020 at 8:15AM

Next-gen digital displays are here, but it will take years for them to dominate.

It has been nearly three decades since Universal Display (OLED 2.95%) began as a research and development start-up. Organic light-emitting diode (OLED) displays are now a reality, and they're slowly picking up market share from the current LED standard. Mostly associated with premium smartphones and TVs, OLED is primed to disrupt the status quo in a big way over the next five years. And Universal Display (UDC) is the best way for investors to capitalize on the movement.

A quick primer on OLED

But wait, what's wrong with old LED screens? After all, plenty of ultra-high-definition 4K TV options and high-end smartphones use advanced LED these days.

Without delving into the nitty-gritty, OLED screen quality can go even higher. It can display more frames per second, which makes for a smoother image. It produces crisper color contrast and has a wider viewing angle. The bill of materials is also smaller, which is compelling for manufacturers as they scale production (more on that in a moment). It also consumes less power than LED, which is a quality that helps product engineers solve computing problems and improve functionality. 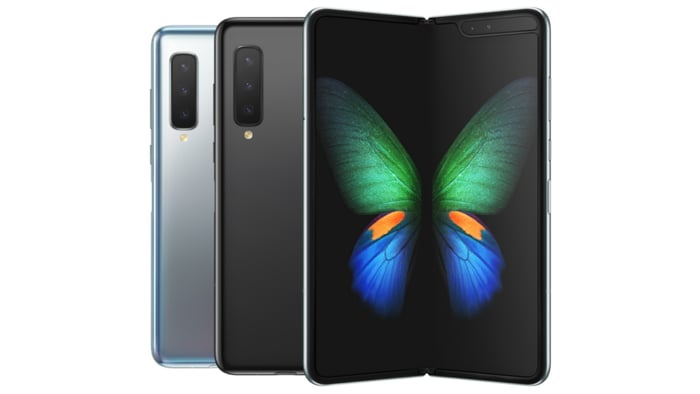 Thanks to these characteristics, OLED enables novel form factors. For example, OLED's flexible, thin, and hard-to-break construction has made it the preference for smartwatches. Foldable phones like the Samsung Galaxy Fold are available now and TVs that can roll up when not in use are coming soon -- although both carry hefty price tags. Other OLED applications include home and business lighting, as well as auto headlights, taillights, and dashboard displays.

Ramping up to mainstream production

As with all new tech, cost is the limiting factor. Manufacturers have to invest in new production lines, meaning that early adopters pay a premium. As production ramps up and nears optimal scale, the price passed along to consumers falls. That's where OLED finds itself today.

At the end of 2019, UDC CEO Steven Abramson said that OLED manufacturing capacity had increased 50% from two years prior. With dozens of manufacturers hopping aboard the OLED display bandwagon, capacity is expected to climb 50% higher again by the end of 2021.

OLED is set to become mainstream. The technology currently appears in a third of global phone sales. It was used in less than 2% of TVs sold last year. It is new to the laptop market and has not yet branched out to the auto market. All that is expected to change once OLED is no longer confined to the realm of premium devices.

TVs are of special note. While gobbling up a large piece of the phone and wearable pie is nice, much of the $150 billion a year display industry comes from the TV and laptop market. After all, the screens on wearables and smartphones are tiny compared to those on laptops and big-screen TVs. And while roughly a third of UDC's revenue is derived from licensing and royalty fees on its OLED tech and manufacturing patents, sales of basic materials used in the build of the screens themselves constitute the majority of revenue.

In simple terms, what this means is that bigger-screen formats like TVs and laptops translate to more material sales for UDC in the years ahead. The expected rise in manufacturing capacity doesn't equate to the same increase in material sales. Still, it does demonstrate where demand is heading -- both from consumers and the device manufacturers themselves.

But what of rivals? As the holder of many patents in the OLED space, Universal Display has few direct competitors. However, microLED is in development at notable tech giants like Samsung and Apple (AAPL 3.08%) as a progression from the current LED standard. MicroLED could compete with OLED, but it's still a research project with plenty of hurdles to clear before it can be commercialized. Its road to market viability is a long one, just as OLED was in the works for many years.

UDC has other irons in the fire as it continues to push for LED replacement. The hope is that in five years, research on blue emitters -- basic materials in OLED displays -- will be complete, as will the company's work on the Organic Vapor Jet Printing (OVJP) process to help lower manufacturing costs. Besides growing demand for the next-gen screens themselves, new emitter sales and manufacturing processes would add to Universal's growth prospects.

But either way, things are looking up for Universal Display. The company ran a free cash flow (revenue less cash operating and capital expenses) profit margin of 33% over the last trailing 12 months. At the end of March 2020, it had $640 million in cash and short-term investments, plus zero debt on the books. This digital display technologist is well-positioned to make OLED the dominant type on the market.