Please ensure Javascript is enabled for purposes of website accessibility
Log In Help Join The Motley Fool
Free Article Join Over 1 Million Premium Members And Get More In-Depth Stock Guidance and Research
By Alex Carchidi – Jun 25, 2020 at 6:21AM

With its recent clinical trial stumble and falling revenues for its only approved drug on the market, Sage may be in trouble.

Investing in up-and-coming biotech companies like Sage Therapeutics (SAGE 0.73%) is a risky business, so smart investors should pay careful attention to how Sage might fit into their portfolio. Sage's mission is to develop drugs that treat neurological disorders, including depression, Huntington's disease, and epilepsy.

With a market cap of $2.2 billion and trailing 12-month revenues of only $8.69 million, Sage is neither a start-up nor a fully established company in the biotech sector. Sage currently has one drug on the market, a postpartum depression therapy called Zulresso. Zulresso is the first therapy anywhere to be indicated for postpartum depression, so Sage has access to an otherwise untouched market.

Given Sage's privileged access to the market for postpartum depression therapies and its plans to produce drugs for other neurological and mood disorders, the company's future may appear to be bright at first glance. Unfortunately for potential investors, the broader picture is more complicated, and it's also less attractive. 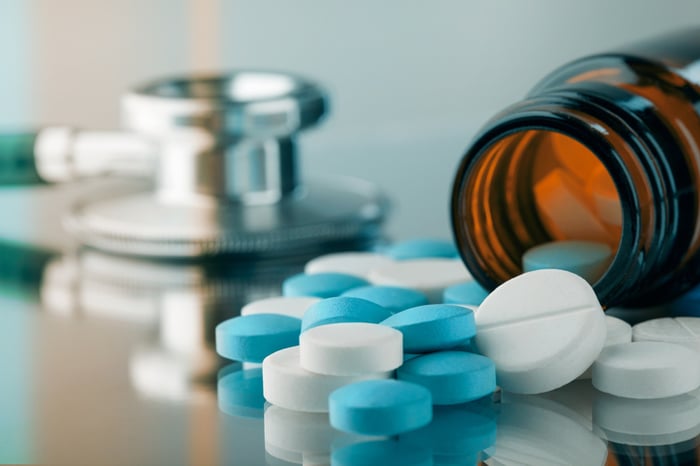 After laying off 53% of its staff in April in a move slated to save $170 million, Sage has a difficult future ahead. According to the company, most of the staff cuts were related to Zulresso commercial operations. Sage claims that the pandemic has caused demand for Zulresso to plummet by 75%, as only 15% of its active treatment sites have remained in operation throughout recent lockdowns. This means that while Zulresso is the only drug competing in the postpartum depression therapy market, it is contributing very little to Sage's bottom line.

Aside from Zulresso, the company has 12 pipeline programs, though only two of them are in later stages. Importantly, Sage has recently faced severe setbacks with one of these late-stage programs. Its SAGE-217 drug, intended to treat major depressive disorder, failed to show efficacy beyond a placebo in one of its phase 3 trials, meaning that the company will need to conduct additional research before it can attempt to get the drug approved by the Food and Drug Administration. 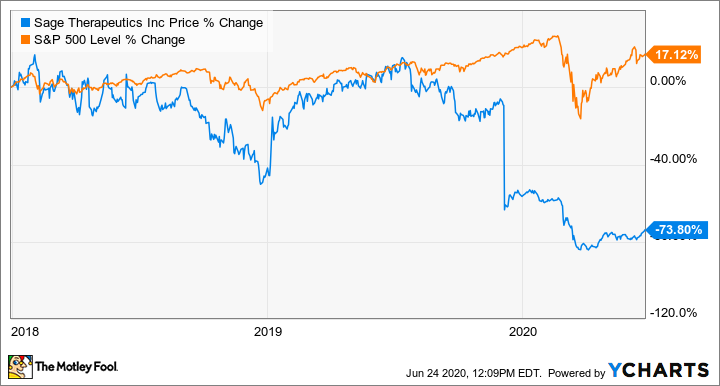 Don't count Sage out just yet

Sage expects that its $872.8 million in cash and cash equivalents will be sufficient for the company to survive through 2022. At a minimum, the company will have no problem servicing its $35.2 million in debt, meaning that its survival is most likely not at stake despite its recent difficulties. But its clinical trial failures and Zulresso's abysmal performance have punished its stock multiple times over the last 18 months, and it has yet to recover. So, given the beating that Sage has taken recently, is it worth a buy?

If you're an investor seeking growth in the short term, Sage probably does not warrant a buy. In all likelihood, Sage's second-quarter earnings report in August will show the full impact of the pandemic on Zulresso's sales, and the results will be ugly. Expect little good news from the company for the next four or five months.

However, for healthcare investors with a longer time horizon, Sage could be a great pick to round out a growth-oriented portfolio. If Sage can reinitiate the Zulresso rollout once the pandemic abates, it may be able to start growing its revenues once again, paving the way for further pipeline development and additional product releases. This means that buying Sage's stock at a discount after its next earnings report is released may well pay off in the long term. But investors should beware: For now, Sage Therapeutics is a very risky investment.