Please ensure Javascript is enabled for purposes of website accessibility
Log In Help Join The Motley Fool
Free Article Join Over 1 Million Premium Members And Get More In-Depth Stock Guidance and Research
By Evan Niu, CFA – Jun 25, 2020 at 9:00AM

The Un-carrier blames the COVID-19 pandemic and the related economic uncertainty.

Less than three months after closing its megamerger with Sprint, T-Mobile (TMUS 2.43%) is already attempting to walk back some of the commitments it had made regarding the combination. T-Mobile had actually made the bold decision to move forward with closing the deal before it had formally secured approval from the California Public Utilities Commission (CPUC), although the CPUC did drag its feet on the decision. The Un-carrier managed to defeat a federal lawsuit that attempted to block the deal and scored approval from antitrust regulators.

Sorry CPUC. $TMUS isn't waiting for you. Your extensive delays appear to have rendered your view irrelevant. https://t.co/mClcD9Dd3R

CPUC ended up approving the merger after it was already closed, imposing conditions like a requirement to create 1,000 jobs within California over the next five years.

This week, T-Mobile filed a petition arguing that some of the CPUC requirements are overly burdensome, particularly given the broader context of the COVID-19 pandemic, which has pushed the economy into a recession. T-Mobile had shuttered most of its stores at the height of the outbreak, but some locations continue to open as various states move to reopen. However, California is seeing a resurgence of new reported COVID-19 cases. 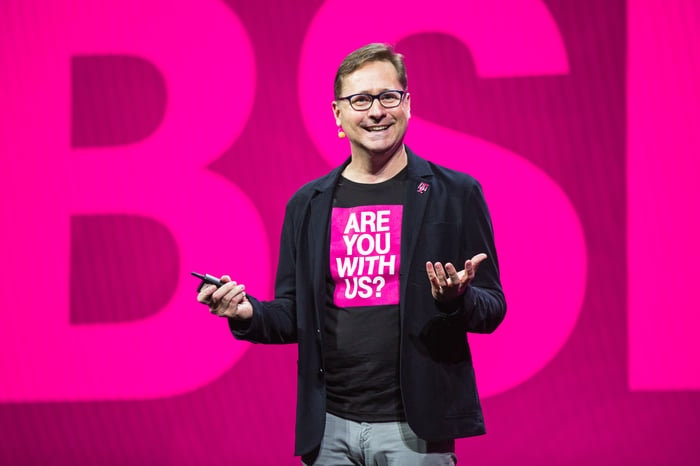 Separately, T-Mobile recently started to lay off Sprint employees as part of its "workforce evolution."

"The current economic crisis makes the imposition of a mandate to create additional jobs infeasible and unwarranted," T-Mobile wrote in the filing. "Such a material change in circumstances clearly warrants modification of the decision."

T-Mobile wants to modify the requirement to instead state that the company only has to maintain the same number of jobs in the state without having to create 1,000 net new full-time jobs. The wireless carrier is also asking for two more years (from 2024 to 2026) to meet commitments regarding 5G coverage (covering 93% of California residents) and speeds (300 Mbps download speeds).

"Our jobs commitment has not changed. We continue to stand by that commitment, as well as our separate commitments to offer jobs to all T-Mobile and Sprint retail employees in good standing at closing with T-Mobile and to open a new Customer Experience Center in the state," T-Mobile said in a statement to Fierce Wireless.

The Communications Workers of America (CWA), one of the largest unions in the country, has lambasted the move.

"Today, we find out that behind the scenes the company is telling California regulators that it can't meet the requirement to create 1,000 jobs in the next three years," CWA President Chris Shelton said in a statement. "It turns out that the new T-Mobile is a lot like the old T-Mobile -- all talk, no action."