Now imagine the feeling in the pit of your stomach on March 11, 2020, when market fears over the COVID-19 pandemic sent your accounts plummeting. Your new feelings of anxiety probably only worsened as the days went by and your accounts continued to suffer losses.

It's completely normal for new and veteran investors to have strong emotions about investing. It can be upsetting to watch your money dwindle -- especially if you've been saving for a goal like retirement. 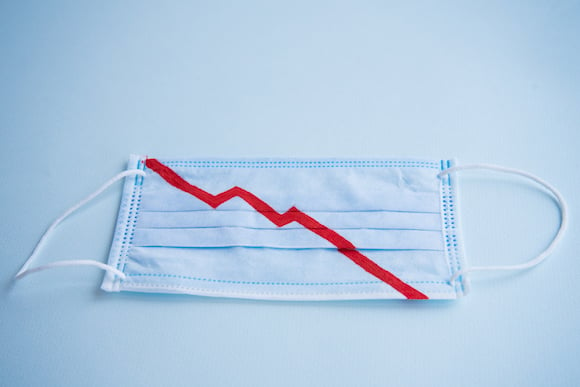 In a 2018 survey by Pew Research Center, almost 5,000 Americans were asked what brings them satisfaction in life. When asked this open-ended question, money came up as one of the top answers, behind only family and career. And of course, since money is such a priority, investing it can be a very emotional process. When emotions are involved, however, studies have shown that investors tend to make wrong decisions, based mostly on those emotional reactions.

These decisions have consequences. Over the long term, one of the greatest consequences is underperforming the markets -- and the longer the period, the greater the underperformance. Research compiled by the investment firm Dalbar showed that between 1997 and 2017, the S&P 500 had annualized returns of 7.2%, while the average investor achieved an annualized return of only 5.29%. With a $100,000 investment, that 1.91% difference equals $120,969 more for the S&P 500 than the average individual investor over that 20-year period.

While your natural reaction may be to panic and pull out when a pullback or bear market happens, it's vital to keep your emotions in check. These four strategies can help.

When emotions start rearing their heads, it's usually because an investor feels as if their ability to sustain their livelihood is threatened. Having an adequate emergency fund that will sustain you through a bear market is a great way to keep you from pulling that plug at the worst possible moment.

What's an adequate emergency fund? The general rule of thumb is to save at least three months' worth of expenses, but six months' worth is even better. To get started with an emergency fund, begin by calculating your average monthly expenses for a few months. If you don't have that amount of money in cash or cash equivalents set aside in a separate account, you can make saving for an emergency fund a part of your savings goals.

Investing doesn't have to mean that you own only stocks. Stocks can be a risky asset class, and there are plenty of other types of investments that can help lower the level of risk you're taking.

If you're starting to feel a little uncertain about the markets, you may need to reevaluate your risk tolerance. Rather than moving all of your investments to cash, consider diversifying into asset classes like bonds or commodities. These asset classes will help you gain some stability and help to lessen losses. In March, while the S&P 500 saw a dramatic decrease in value, investments into a managed futures fund, a gold ETF, and a 20-year Treasury bond ETF were much more stable -- some even showing growth. 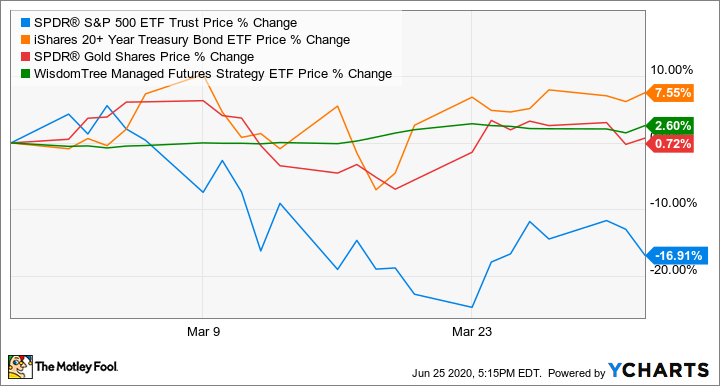 Of course, since stocks are riskier, investors can see higher returns over the long term. Lowering the level of risk you're taking by moving some of your money into these more stable investments will involve a trade-off. That generally means accepting a lower average rate of return during bull markets for smaller losses during bear markets.

Contractions and bear markets are a regular part of a market cycle -- so while they don't feel great, they happen. When you're experiencing market volatility, you may find hope in revisiting past periods that were also volatile.

Bear markets in the past have occurred over different lengths of time and for different reasons. But in all historic cases, the markets have always rebounded. Evidence of this can even be seen from the most recent pullback this year. From its 2020 high, the S&P 500 declined almost 40% before reversing upward again. Investors who stayed invested are now within a few percentage points of that market high. On the other hand, pulling out of your investments during a bear market is a recipe for disaster. Investors who sold their investments at market lows this year would've realized those losses rather than recouping the majority of their nest eggs.

When placing investments in your accounts, try to keep them in line with the goals and time frames of that particular account. This means that your different accounts should have different mixes of stocks, bonds, and cash. The shorter the time span you need the money in the account, the more conservative your investments should be. Investing your money in this manner will help you to better weather stock market storms when they come.