Please ensure Javascript is enabled for purposes of website accessibility
Log In Help Join The Motley Fool
Free Article Join Over 1 Million Premium Members And Get More In-Depth Stock Guidance and Research
By Eric Volkman – Jun 26, 2020 at 9:01AM

An investment bank initiates coverage with an unambiguously positive recommendation.

Although SmileDirectClub (SDC -0.97%) is habitually loss-making, many bullish investors and pundits believe in the company.

A new one is Stephens; it was revealed after market hours on Thursday that the investment bank initiated coverage on the stock with an overweight recommendation. It also placed an $11 price target on the shares, which if realized would mean nearly 54% upside from Wednesday's closing price. 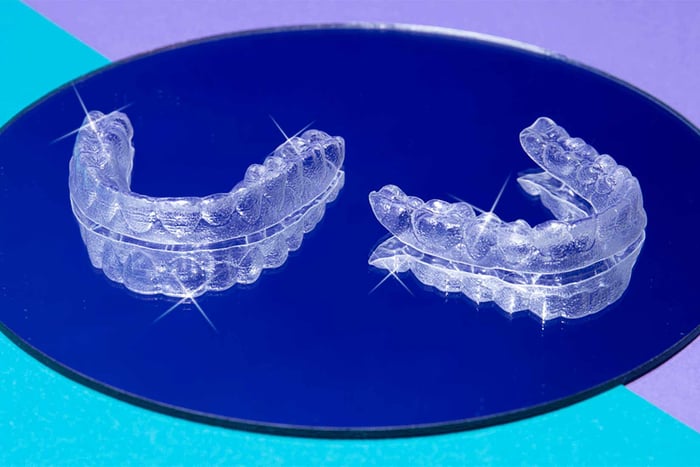 To be sure, SmileDirectClub is a volatile, risky stock. It's still a young healthcare company, having been founded in 2014. Like many a youthful, disruptive enterprise, its expenses are coming in higher than revenue; in Q1, for example, it booked nearly $197 million on the top line and posted a net loss of over $29 million.

One major challenge for a would-be disruptor is that the world needs to be persuaded that its new means of doing business is superior to traditional ways. In Q1, marketing and selling expenses ate up more than $142 million, 56% more than general and administrative expenditures. Meanwhile, that $142 million-plus represented 71% of revenue for the period.

On the bright side, SmileDirectClub still has a compelling business model built on convenience and cost savings. After all, who wants to make regular visits to an orthodontist to get their teeth straightened and spend thousands of dollars for this? Although there are detractors, reviews of the company's services appear to be genuinely positive for the most part.

So ultimately it's basically a question of that old disruptor challenge: Can SmileDirectClub get those costs under control? There hasn't been a lot of indication that it can, so while there's quite a bit to like about the company, a potential rise of over 50% in the share price seems rather optimistic just now.