Please ensure Javascript is enabled for purposes of website accessibility
Log In Help Join The Motley Fool
Free Article Join Over 1 Million Premium Members And Get More In-Depth Stock Guidance and Research
By Timothy Green – Jun 26, 2020 at 10:50AM

Nike saw sales collapse due to COVID-19, and large banks can't raise their dividends or buy back shares in the third quarter.

The coronavirus pandemic is far from over in the United States, and the stock market is beginning to wake up to that reality. The Dow Jones Industrial Average (^DJI -1.15%) was down 1.6% at 10:15 a.m. EDT on Friday.

The U.S. is back to seeing a record number of daily confirmed COVID-19 cases. On Thursday, it recorded 40,000 new confirmed cases, the most ever. States including California, Texas, Florida, and Arizona are suffering dramatic surges, while early hot spots like New York are so far successfully maintaining their progress knocking down the virus.

Shares of Nike (NKE -1.02%), Bank of America (BAC -1.44%), and JPMorgan Chase (JPM -2.04%) were all down Friday morning. Nike reported weak quarterly results due to the pandemic, and the big banks will be limited in their capital return options after the Federal Reserve performed pandemic-related stress tests. 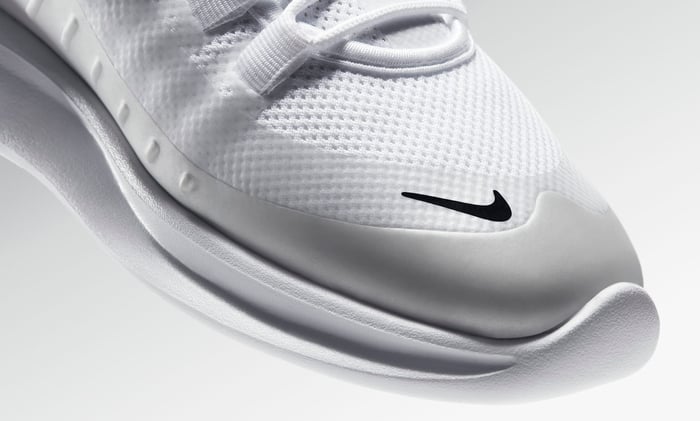 The pandemic had a much greater impact on Nike's fiscal fourth quarter than analysts were expecting. The footwear giant fell far short of analyst estimates when it reported its results on Thursday afternoon, with the bottom line plunging into negative territory.

Nike reported total sales of $6.3 billion, down 38% year over year and $950 million below the average analyst estimate. The company blamed the closures of owned and partner stores in most regions. Sales were up in China, where the pandemic began earlier than anywhere else. In the full fiscal year, China sales grew by 8%.

The digital business was a silver lining for Nike in the fourth quarter, with sales soaring 75% on a year-over-year basis, and double-digit increases in all geographies. Digital sales accounted for 30% of Nike's total revenue.

The company reported a net loss per share of $0.51, down from a profit of $0.62 in the prior-year period and a whopping $0.54 below analyst expectations. The decline was driven by lower revenue and lower gross margin.

With cases of COVID-19 rising rapidly in some states, it may be awhile before demand for Nike's products normalizes in the U.S. Shares of Nike were down about 4.5% Friday morning.

The Federal Reserve announced the results of its 2020 stress tests on banks Thursday evening. "The banking system has been a source of strength during this crisis, and the results of our sensitivity analyses show that our banks can remain strong in the face of even the harshest shocks," said vice chairman Randal Quarles.

It wasn't all good news for large banks, though. The Fed tested the resiliency of large banks under three hypothetical recession scenarios that could result from the pandemic, and it found that several large banks would approach minimum capital levels under two of the scenarios. Due to this finding, large banks are being required to suspend share repurchases, cap dividend payments to second-quarter levels, and limit dividends to an amount based on recent earnings. These restrictions are in place for the third quarter, and banks will also be required to reevaluate their long-term capital plans.

The two big banks in the Dow are Bank of America and JPMorgan Chase. Investors were clearly not happy with this development, sending the stocks down 4.4% and 4%, respectively, on Friday morning. With large banks unable to buy back shares or boost their dividends for the time being, bank stocks may not fare well as the pandemic crisis continues to unfold.