Stocks fell sharply across the market.

The stock market had a tough day to end the week, with investors growing increasingly nervous about the rising number of new COVID-19 cases. The Nasdaq Composite (^IXIC -2.84%) has resisted coronavirus-inspired sell-offs before, but it didn't succeed today, losing around 2.5%. The Nasdaq 100 saw similar declines in percentage terms.

Thousands of companies list their shares on the Nasdaq, but it looks like Luckin Coffee's (LKNC.Y -1.32%) days on the exchange are coming to an end. Meanwhile, Facebook (META -3.67%) continued to fall sharply as recent controversies continue to put pressure on the social media stock.

Shares of Luckin Coffee lost more than half their value on Friday. The beleaguered Chinese coffee company has gone through a lot in 2020, but it looks as though Luckin has finally run out of time to address the sticky situation in which it finds itself. 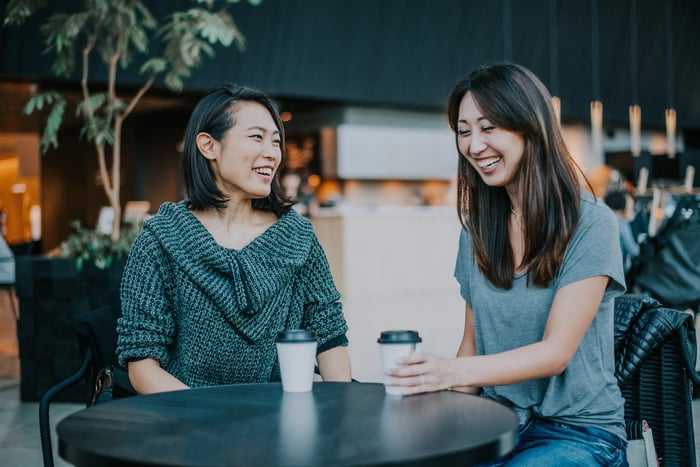 The Nasdaq Stock Market had previously threatened to delist Luckin's shares because of the company's failure to comply with regulatory financial disclosure requirements, including various quarterly and annual reports. Luckin had fought those delisting efforts, but today, it revealed that it had withdrawn its request for a hearing and would essentially accept being delisted. As a result, the Nasdaq will suspend trading in Luckin Coffee shares as of the open of business on June 29, with notification of delisting to occur after the expiration of required appeal periods.

Those shareholders who've hung on through Luckin's fraudulent revenue-reporting scandal won't necessarily lose everything come Monday morning. Even after its shares get delisted, Luckin stock will likely trade on less liquid over-the-counter markets. With a lot of issues still hanging over the company, including efforts from creditors of major shareholders to collect on outstanding margin loans, it's still highly uncertain whether Luckin will survive in its current form.

Among Nasdaq 100 stocks, Facebook was one of the biggest losers, falling 8%. An ongoing battle between the social media giant and critics of its policies reached a head Friday, but it's still unclear whether advertisers will maintain boycotts of its platform.

The Facebook boycott has centered on the company's hands-off approach toward policing content that its users post. Civil rights advocates have argued that the approach increases hate speech and potentially harmful calls for violence, as well as potentially illegal activity. Wireless network giant Verizon (VZ -1.90%) and consumer products leader Unilever (UL 1.06%) (UN) became two of the latest companies to pull ads from Facebook and Instagram.

In response, Facebook has now pledged to label posts that are linked to political content. It will also hide or block hateful content even if it comes from politicians. CEO Mark Zuckerberg catalogued some actions the company has taken, including banning 250 white supremacist organizations.

It's unclear whether those actions will be enough for advertisers to return to the Facebook platform. In the long run, Facebook will want to ensure that it doesn't damage its reputation significantly enough to lead to a consumer shift away from the popular social media stock's ecosystem.