Please ensure Javascript is enabled for purposes of website accessibility
Log In Help Join The Motley Fool
Free Article Join Over 1 Million Premium Members And Get More In-Depth Stock Guidance and Research
By Evan Niu, CFA – Jun 26, 2020 at 9:00AM

Wedbush reiterates an outperform rating on Apple shares and boosts its price target to $425.

Wedbush analyst Daniel Ives is already among the most bullish analysts who cover Apple (AAPL 0.24%), at times having the highest price target on shares. Ives is now getting even more bullish, releasing a research note this week to investors and ratcheting up his price target a new Street high of $425, up from $375. The analyst sees a clear path for the Mac maker to become the first $2 trillion company, after Apple's market cap reached $1.5 trillion earlier this month.

Here's how Ives thinks Apple gets there. 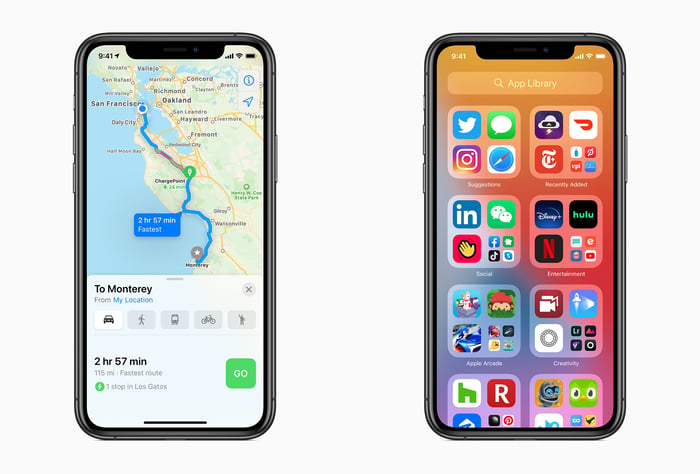 Wedbush reiterated an outperform rating on Apple shares and pointed to familiar factors: Momentum in the services segment, the forthcoming 5G iPhones that are expected to drive a massive upgrade cycle, and continued recovery of the business in China.

"We believe during 2021 Apple has strong potential to be the first $2 trillion valuation given the 5G tailwinds and services momentum potential over the coming years," Ives wrote. "In particular, we are seeing a continued demand snapback in China despite some speed bumps and the stage is setting for a massive pent up iPhone 12 cycle heading into the Fall in this key region as well as globally."

Approximately 20% of iPhone upgrades this year are expected to come from China, according to the analyst. Total iPhone unit sales in 2020 are estimated to be 160 million to 180 million, with the expected addition of 5G likely to drive momentum heading into 2021.

For reference, a $425 price target would represent a market cap of about $1.84 trillion, based on the 4.33 billion shares outstanding that Apple currently has. However, the company's aggressive stock buyback program continues to reduce total shares outstanding over time.

The services segment is worth about as much as Facebook

Incredibly, Ives estimates that Apple's services business is worth around $600 billion to $650 billion -- comparable to Facebook's current market cap of around $675 billion -- based on that segment's increasing significance, particularly as the COVID-19 pandemic has created a surge in demand for online entertainment and other digital services as people stay home.

That's despite the increasing antitrust risks that Apple's services segment faces, as lawmakers and regulators the world over are heavily scrutinizing the company's App Store policies for potential anticompetitive violations. An adverse outcome from any of those current or potential investigations could threaten to derail that momentum, particularly if Apple is forced to modify some of its policies (instead of simply paying monetary penalties).

Ives is also encouraged that investors seem to finally be appreciating the services business, which is far more profitable than hardware and growing at a steady clip.