Please ensure Javascript is enabled for purposes of website accessibility
Log In Help Join The Motley Fool
Free Article Join Over 1 Million Premium Members And Get More In-Depth Stock Guidance and Research
By Rekha Khandelwal – Jun 26, 2020 at 8:32AM

A dividend cut may be imminent for the oil and gas giant.

The coronavirus pandemic has not only shaken people's lives but also economies around the world. Global demand destruction for oil and gas products forced Shell (RDS.A) (RDS.B) to slash its dividend last quarter; the first time it cut its payout in 75 years. After Shell's dividend cut, all eyes are on its top peer BP (BP 3.92%), which may also be forced to follow Shell's footsteps due to its high leverage.

BP expects the demand for oil and gas products to remain weak for a sustained period due to the pandemic. Based on that, the company revised its long-term price assumptions, resulting in an expected impairment charge of $13 billion to $17.5 billion in the second quarter. Do these moves portend a dividend cut? Let's look at some of BP's key metrics to figure out what may lie ahead for its shareholders.

High leverage in a challenging market

With a debt-to-equity ratio of 0.82, BP's leverage is on the higher side compared to its peers. The massive impairment and write-off charges in the coming quarter will strain the ratio further. 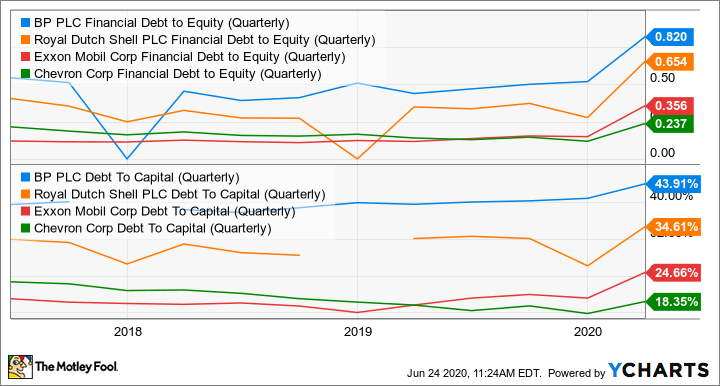 Moreover, BP's first-quarter operating cash flow was not enough to pay dividends for the quarter. BP generated an operating cash flow of $1.2 billion in first quarter, while it spent $3.5 billion on capital projects and paid $2.1 billion in dividends. Lower crude prices and subdued demand for oil products will likely keep the company's second-quarter earnings under pressure as well.

Lower cash flows combined with a high debt will likely force BP to slash its dividends. If the company decides to cut its payout, it would be a pain for income-seeking investors. But the step would help BP in shoring up its balance sheet in an incredibly challenging time. So a cut would be short-term pain but a long-term gain for the company's financial health. Moreover, it may free-up cash which can be used to accelerate BP's transition to a lower-carbon energy company -- a key long-term focus for the company. 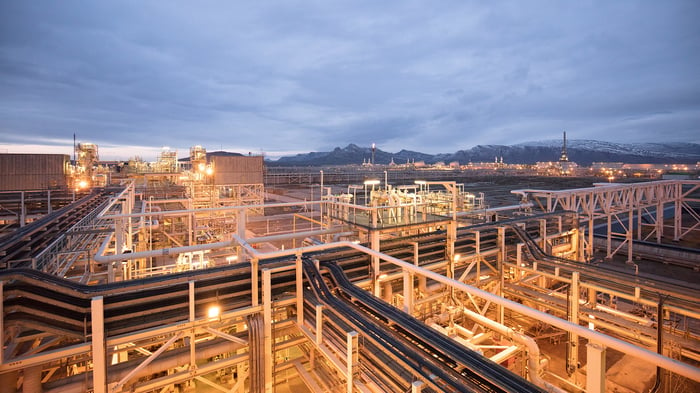 BP's leverage problem gets compounded by the global trends of low oil and gas prices. The company realizes the need to keep its production costs low to remain profitable. That's why it aims to generate enough organic cash flow to meet its dividends and capital needs at Brent prices below $35 per barrel. That's the right thing to do, as oil and gas operations will drive the company's profitability over the next several years until renewables start contributing meaningfully to its profits.

BP seems to be taking steps in the right direction. Still, yield-focused investors should not buy the stock solely based on the current dividend, as there is a decent chance that it will be slashed. Though a cut will help BP's balance sheet, its stock may have a tough time beating market returns over the next couple of years, given the challenging oil market conditions. I would rather wait at the sidelines for global oil demand-supply dynamics as well as BP's leverage to improve before jumping into this stock. Income-seeking investors will find better opportunities elsewhere.