Micron Technology (MU -0.82%) saw a pop of as much as 7% in after-hours trading following the release of its third quarter of fiscal 2020 results.

The memory chip maker handily beat analyst estimates for the quarter, in results that were published after market close. For the period, Micron's sales were $5.44 billion, nearly 14% higher on a year-over-year basis. Non-GAAP (adjusted) net income went in the opposite direction, sliding 21% to $941 million ($0.82 per share). 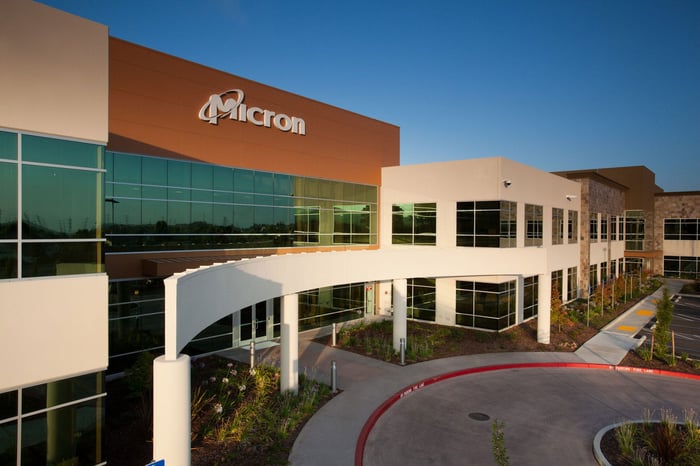 Both figures were comfortably above the average prognosticator forecast, which was $5.27 billion on the top line and $0.75 per share in net profit. They were also higher than the company's most recent guidance.

Micron benefited from improving memory prices, on the back of supply chain difficulties associated with the SARS-CoV-2 coronavirus outbreak combined with sturdy demand.

"Micron's exceptional execution in the fiscal third quarter drove strong sequential revenue and EPS growth, despite challenges in the macro environment," the company said in the press release detailing the results.

Micron expects to do better in its current fourth quarter. For the period, it proffered revenue guidance of $5.75 billion to $6.25 billion. On the bottom line, adjusted per-share earnings should be $0.95 to $1.15. This is well higher than prognosticator expectations -- on average, analysts are anticipating only $5.46 billion for the former line item, and $0.79 for the latter.

Before the Q3 results were published, Micron shares inched up to close nearly 1.4% higher on Monday. That was broadly in line with the major equity indexes, and many fellow tech stocks.