Please ensure Javascript is enabled for purposes of website accessibility
Log In Help Join The Motley Fool
Free Article Join Over 1 Million Premium Members And Get More In-Depth Stock Guidance and Research
By Bradley Freeman – Updated Jun 30, 2020 at 11:01AM

Creative partnerships and uses of real estate show us the company is looking forward.

Department store stocks are struggling, to say the least. Before the COVID-19 pandemic, Amazon.com and e-commerce put many of the same goods one click away, saving a trip to the store. Then stay-at-home orders that forced traditional retail stores to close amplified that painful trend. Some brands like J.C. Penney have already gone under, and more closures are expected.

While department store footprints should and will shrink, I do not think they will entirely disappear -- the survivors will enjoy a less crowded and less competitive environment. One company is in a prime position to fight through daunting times and make it to the other side. That company is Kohl's (KSS -2.34%). 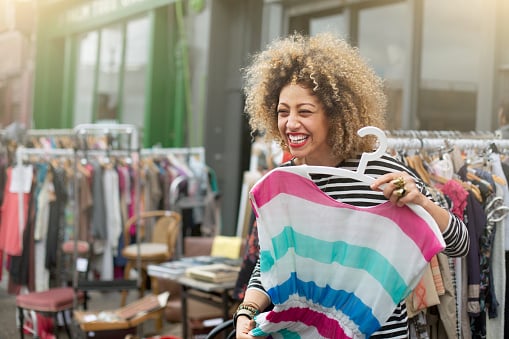 Trading at less than 5 times earnings from the fiscal year that ended in February, and roughly 4 times free cash flow for the same period, Kohl's looks cheap if it can recover a small fraction of past earnings. Its successful addition of a $1.5 billion credit facility, and the temporary suspension of its dividend, gives its balance sheet the breathing room needed to survive store closures.

The most painful part of retail right now is within department stores with heavy mall exposure. Kohl's has little of that. Filling a mall back up with excited shoppers is a more challenging task compared to attracting shoppers to more accessible free-standing stores. Kohl's can benefit from this relatively faster recovery. Comparable companies like TJX are enjoying stronger than expected demand upon store openings. Perhaps Kohl's somewhat similar business model can as well.

CEO Michelle Gass has also leveraged partnerships to strengthen her company's future prospects. This past year, Kohl's and Amazon announced a partnership. Now Amazon returns can be accepted in all Kohl's locations. This has not yet translated into increased business and profit for Kohl's, but that is partially due to stores being forced to close temporarily this year. Gass remained confident in the partnership in a recent earnings report.

In addition to the Amazon partnership, Kohl's is leveraging the consumer loyalty of Planet Fitness members in another partnership. As part of the agreement, certain Kohl's stores will be downsized to make room for Planet Fitness gyms to move in. Kohl's will collect rent like a landlord. Beyond a steady income stream, this creates two big positives for the stock.

First, Kohl's relies heavily on athletic apparel sales to drive its top line. Having Planet Fitness chains close by creates a steady stream of athletic-minded consumers walking past Kohl's when they work out; it's reasonable to think this could help boost struggling same-store sales.

Second, downsizing stores should help Kohl's boost efficiency via raising revenue per square foot. Gass often mentions the need to shrink the retailer's footprint due to sales shifting more to e-commerce. She knows Kohl's has too much space. Renting out part of the company's real estate to a successful gym chain is a creative way to fix this.

Kohl's and all department stores will remain challenged as long as stores remain closed or at limited capacity. The threat of e-commerce is real, but could be somewhat overstated. If, like me, you are confident that physical retail will always exist in some capacity, give Kohl's another look. In an industry where evolution is vital, it's making the right moves.