Please ensure Javascript is enabled for purposes of website accessibility
Log In Help Join The Motley Fool
Free Article Join Over 1 Million Premium Members And Get More In-Depth Stock Guidance and Research
By Rich Duprey – Updated Jun 30, 2020 at 10:27AM

The food delivery space is undergoing a wave of consolidation.

It looks like Uber Technologies (UBER 0.30%) didn't abandon the mergers and acquisitions market after failing to buy food delivery specialist Grubhub (GRUB). The Wall Street Journal reports Uber is now in talks to acquire Postmates for $2.6 billion in a deal that could be announced next week or even sooner.

Failing a merger, Postmates may go public. It has been planning an IPO after confidentially filing to go public in February. 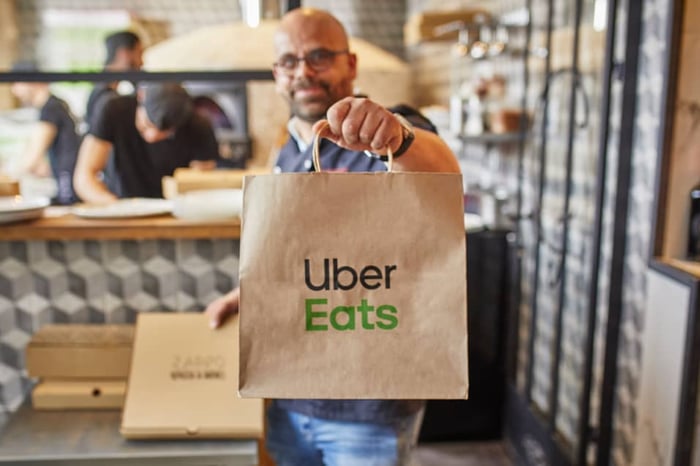 The food delivery market, which has become crucial to the survival of the restaurant industry during the coronavirus pandemic, is also highly competitive. Uber's attempt to buy Grubhub for $6 billion (Grubhub eventually agreed to be acquired by European rival Just Eat Takeaway.com (JTKWY 2.99%) for $7.3 billion) is part of a growing wave of consolidation in the space.

Caviar was acquired by DoorDash last year, while Just Eat Takeaway was formed earlier this year by the combination of the U.K.'s Just Eat and Dutch peer Takeaway.com in a $7.8 billion deal. Just Eat had previously rejected a hostile takeover bid from South African tech conglomerate Naspers (NPSNY 1.39%).

Postmates was one of the earliest food delivery apps on the market, but was eclipsed by the entry of others, including DoorDash and Uber, with the latter seeking to create alternative revenue streams apart from its ride-sharing expertise.

Consolidation may be essential to the sector's own survival as profits in the business have been slim to none. Yet if analysts thought an Uber-Grubhub merger would invite antitrust scrutiny, then Uber acquiring Postmates, which has a larger share of the market, may do so as well.