Please ensure Javascript is enabled for purposes of website accessibility
Log In Help Join The Motley Fool
Free Article Join Over 1 Million Premium Members And Get More In-Depth Stock Guidance and Research
By Jim Halley – Jul 1, 2020 at 8:16AM

Insurance companies know how to play it safe. These three big players in healthcare all offer nice income.

With the market so volatile this year, you might need a little insurance. Investors looking for their safe place can't get much return from of a money market account, but there are healthcare insurers that provide safe, solid dividends.

Insurance companies' business models are built around avoiding and protecting against risk, which makes them an excellent choice for anyone who is looking for a little stability along with a little income.

UnitedHealth Group (UNH -0.74%), Humana (HUM -1.42%), and Anthem (ELV -1.95%) are three of the largest healthcare insurers, and they all provide a decent dividend and long-term growth prospects. 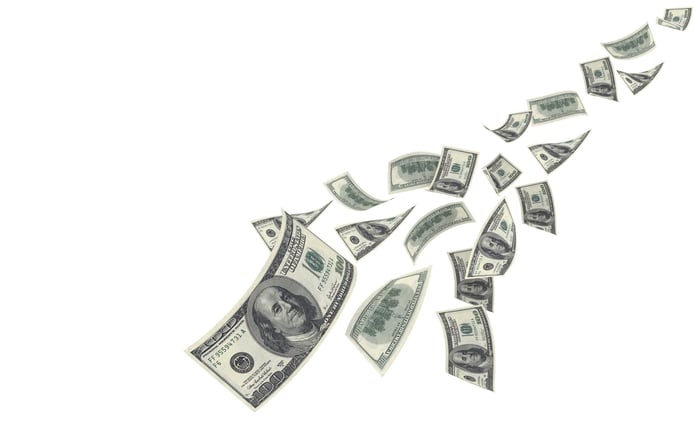 UnitedHealth Group has a decade of dividend progress

UnitedHealth Group, the largest insurance provider in the United States, has been raising its quarterly dividend since 2010. This year, despite the turmoil that the coronavirus has caused for the medical industry and insurers, UnitedHealth raised its dividend from $1.10 per share to $1.25 per share, an increase of 12.7%.

The Minnetonka, Minn., company has had slow but predictable revenue growth for the past 14 years. Last year, UnitedHealth reported revenues of $242.1 billion, up 7% over 2018, and net earnings of 14.2 billion, up 15% year-over-year. According to the company, one really promising point was its double-digit growth in Medicare revenue. As of Dec. 31, the company had enrolled 9 million people in its Medicare Part D coverage. Considering the number of boomers retiring every day, that customer base is likely to grow.

The best part about UnitedHealth shares, however, is the company's dividend, which boasts an forward annualized yield of 1.69% -- not quite as high as the S&P 500's average of about 2%, but close. It is well backed by a forward payout ratio of 30.8%.

Humana is more than holding its own this year

Like UnitedHealth, Humana is poised to grow business share as our population ages. Last year, the company says it made $52.7 billion from Medicare-related revenue.

The Louisville, Ky., company's shares are up more than 45% over the past year and more than 21% in the past three months. Even with that rise, its P/E is still attractive at 19.6.

The company's forward annualized dividend yield of 0.66% is the most conservative of the three companies here -- and probably, with a payout ratio of only 13.4%, the safest.

Anthem's had the toughest year of the three

The share price for Anthem is up more than 12% in the past three months but is still down more than 8% over the past year, which is surprising considering how well the company is doing.

One reason for investors' wariness regarding Anthem is that the company has greater exposure to commercial insurance than Humana or UnitedHealth. All of the job losses the past few months because of the coronavirus pandemic mean fewer people with insurance from their employers.

The Indianapolis company has seen increased yearly revenue for 10 consecutive years. This past quarter, that trend continued as the company reported revenue of $29.4 billion, a 20.7% rise year-over-year. Net income was down slightly, falling 1.8% year-over-year to $1.52 billion, which the company attributed to lower results in its Commercial and Specialty Business group as well as higher income taxes because of the reinstatement of the Health Insurance Providers Fee for 2020.

It's hard to go wrong with these three. Personally, I think Anthem has the most room to climb this year, based on its P/E ratio of 14, the lowest of the three, and its solid financials. However, for really risk-adverse investors, UnitedHealth is the most consistent and reliable when it comes to earnings and its dividend. Humana is also a great choice, based on its recent growth, but its dividend is the least attractive to those hoping to wait out the market's turbulence.