The first half of 2020 was turbulent, but it was generally good to the Nasdaq stock market, and that momentum continued on the first day of July. The Nasdaq Composite (^IXIC 0.00%) and the Nasdaq 100 climbed around 1%, outpacing much of the rest of the market.

Some big-name players on the stock exchange made major contributions to the advance. Amgen (AMGN 1.50%) celebrated a valuable legal win, while Netflix (NFLX 6.16%) made a strategic hire and got praise from stock analysts. Let's look more closely at the news that moved the Nasdaq higher Wednesday.

Amgen shares moved higher by 8% after the U.S. biotech giant got a favorable ruling from an appellate court. The victory over the Sandoz division of Novartis (NVS 0.32%) could put an end to the long-held dispute, although Novartis hopes that the U.S. Supreme Court might be willing to take a look at the case.

In August 2019, a federal district court upheld Amgen's patents protecting its best-selling anti-inflammatory Enbrel from biosimilar competition. The judgment prevented Novartis from launching a biosimilar version of the treatment, Erelzi, without working out a licensing agreement with Amgen first. Novartis chose not to give up and instead appealed the decision. 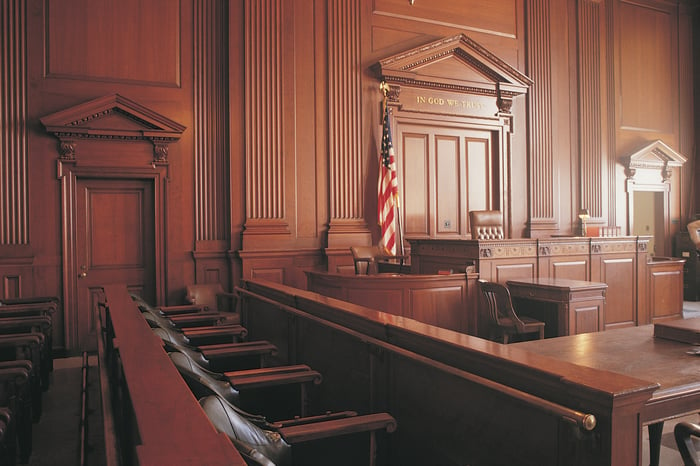 Today's decision from the U.S. Federal Circuit Court of Appeals upheld the lower court's ruling. By a 2-1 decision, Amgen will now have protection for Enbrel through late 2028.

Interestingly, Novartis shares didn't drop after the decision. The Supreme Court hears only a tiny fraction of the appeals it's invited to consider, and so it's more likely that if Novartis wants to move forward with Erelzi, then the biotech stock will have to work out some kind of deal with Amgen to do so.

Tuning In to Netflix

Shares of Netflix were also sharply higher Wednesday, rising 7%. The streaming video giant got some reviews from stock analysts today, perhaps in part because of the company's decision to bring on new talent to its executive team.

Netflix announced late Tuesday that it had named former Apple senior executive Bozoma Saint John to be its chief marketing officer. Most recently having worked at the marketing agency Endeavor, Saint John has been responsible for high-profile marketing campaigns that Netflix hopes will help boost the streaming video company's creativity and connection to viewers.

Stock analysts like what they're seeing from Netflix as well. One analyst boosted its price target by $50 to $550 per share, while another included Netflix on its list of top investment ideas.

Netflix has benefited greatly from rising viewership and subscriber interest during the coronavirus pandemic, which has encouraged many viewers to stay at home. Even as competition continues to emerge in the streaming video space, shareholders have high hopes that Netflix has the first-mover edge to stay ahead of the pack well into the future.