Please ensure Javascript is enabled for purposes of website accessibility
Log In Help Join The Motley Fool
Free Article Join Over 1 Million Premium Members And Get More In-Depth Stock Guidance and Research
By Eric Volkman – Updated Jul 1, 2020 at 8:36AM

The company thinks that some games under development lacked "engagement."

Apple (AAPL -2.98%) apparently believes that adjustments are in order for Apple Arcade. According to a report from Bloomberg citing "people familiar with the matter," the company has modified the development strategy for its gaming subscription service.

The tech giant wants to change its development slate to concentrate on games that have a better chance at retaining subscribers. Retention is key to a subscription service like Apple Arcade; if customers lose interest, it's very possible they will abandon the platform.

The article's sources added that Apple canceled development contracts with several game studios earlier this year. Apparently, the company told some that the titles they were developing lacked the "engagement" needed to retain subscribers. It has notified them of its new approach. No specific examples were cited, and none of the developers concerned were identified. 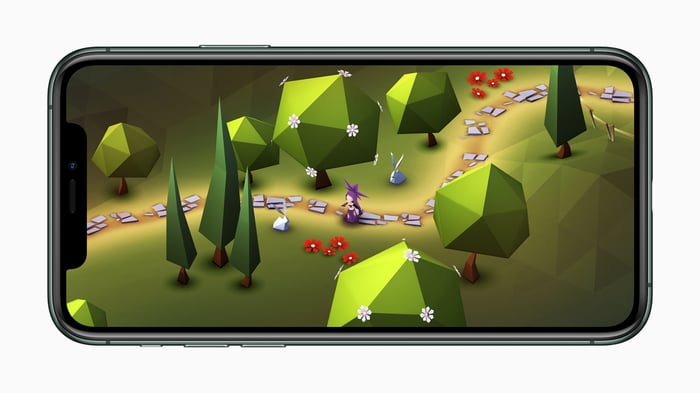 Apple Arcade is one of many efforts by the company to reduce its dependence on sales of hardware such as the now 13-year-old iPhone line.

The gaming service was launched with characteristic Apple bravado last September and costs $4.99 per month for a subscription (inexpensive considering the company's premium prices for its goods), with the first month free. Late last year, it began offering an effective discount with a $49.99 annual subscription option.

In contrast to its generally hands-off approach to third-party app development, the company has been directly involved in the development of games for Apple Arcade. Over 100 titles of various types and genres can be accessed through the service.

Apple has not released subscriber numbers for Apple Arcade. It also hasn't yet commented publicly on the Bloomberg report.

On Tuesday, Apple's stock inched up by 0.8%, lagging the gains of the major market indexes.