Apple (AAPL -1.79%) confirmed the pricing and availability for Apple TV+ and Apple Arcade last week. Each service will cost $5 per month and will be sharable within a family, but that's about where their strategic similarities end. Apple Arcade launches this Thursday, while Apple TV+ debuts on Nov. 1. The company is taking very different approaches with the services, in part because they're entering dramatically different markets. 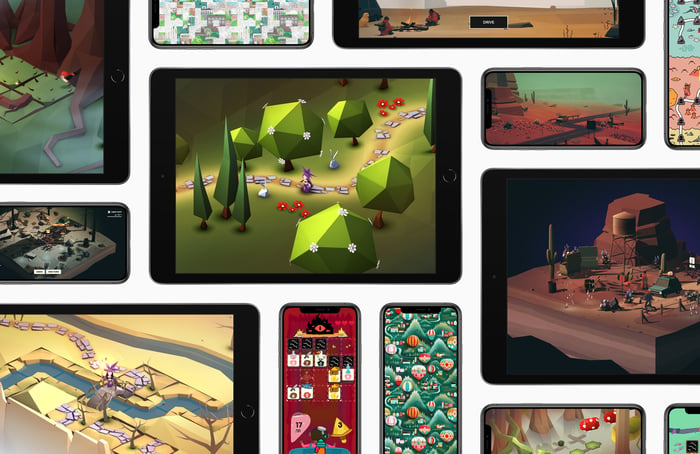 Apple has reportedly boosted its original content budget for Apple TV+ to a whopping $6 billion, significantly more than the $500 million that the tech giant is investing in its mobile gaming service. Yet the Mac maker is giving away a free year of Apple TV+ to customers who buy hardware, but it's offering no such promotion for Apple Arcade. For those not in the market for a new Apple device, Apple TV+ will have a seven-day free trial, much shorter than Apple Arcade's one-month free trial.

In other words, Apple is willing to forego recouping its much larger investment in Apple TV+ content, but wants Apple Arcade subscribers to open their wallets sooner. The disparity traces back to the company's relative strengths in gaming versus video.

Apple knows it's coming from behind in video streaming, and the service's value proposition won't stack up favorably next to competing services. The streaming wars are only going to get more intensely competitive over the next year. That's why the tech titan needs to get aggressive with pricing, undercutting many rivals but also offering a far smaller catalog of TV shows and movies.

In contrast, Apple is a dominant player in mobile gaming, which accounts for an estimated 74% of mobile consumer spending. Consumer spending on mobile gaming is now 20% larger than all other gaming formats combined, and iOS monetizes at much stronger levels than Android. However, many of the business practices in mobile gaming have devolved to what many critics consider to be predatory, particularly as they relate to children.

Apple Arcade hopes to address those pitfalls. None of the included titles will have ads or in-app purchases, and Apple Arcade has the potential to improve the underlying economics of mobile games while securing exclusive high-quality titles in order to build its services business. Unlike Apple TV+'s relatively sparse catalog, Apple Arcade will launch with over 100 titles.

In mobile gaming, Apple is coming from a position of strength while offering a compelling value proposition, so it doesn't need to be nearly as aggressive.