The move comes after years of brand underperformance.

After spending several years evaluating its Odwalla brand of juice in an effort to find a way to make it profitable, Coca-Cola (KO -0.95%) announced that it is closing down the brand permanently. New deliveries will be halted by July 31. In August, the company says it plans to begin picking up any leftover product.

The move will end slightly less than 19 years of Coca-Cola ownership of the brand, which it acquired in October 2001 for $181 million. At the time, John Sicher, editor of Beverage Digest, called the acquisition "a very smart deal for Coke," while Odwalla CEO Stephen Williamson remarked that "the entrepreneurial spirit of Odwalla will be nurtured by the opportunity for growth that this new relationship presents." 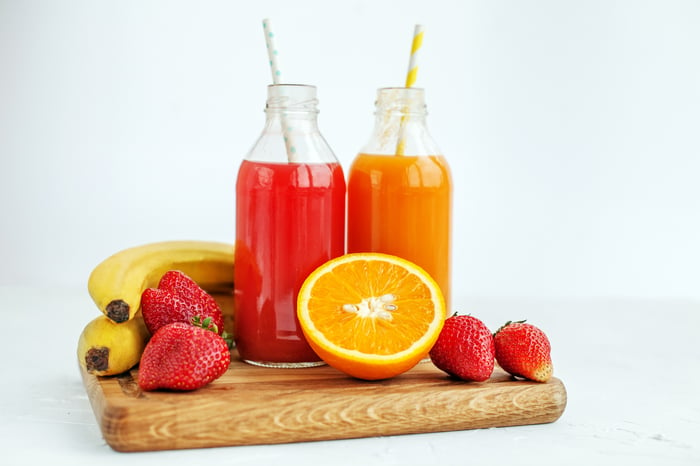 In recent years, however, a spokeswoman said Coca-Cola "couldn't make it work, we couldn't figure out the cost-effectiveness of it." Both she and Minute Maid President John Hackett, who oversees the specific business division where Coca-Cola placed Odwalla, said swiftly changing consumer tastes made it impossible to get the desired performance out of the juice and smoothie brand. Hackett also said the decision to axe Odwalla "was not made lightly."

The beverage giant is also getting rid of the 230-strong fleet of refrigerated delivery trucks used by Odwalla. While other Coca-Cola brands, such as Fairlife and Simply, also delivered product with the trucks, the company will shift distribution for those brands to other avenues.

Coca-Cola's strategic decisions have paid off in the long run thus far. The company is a "Dividend King," delivering rising dividends for over 50 consecutive years. The company even managed a $0.01 quarterly dividend increase, despite the negative effect of COVID-19 on the American economy.